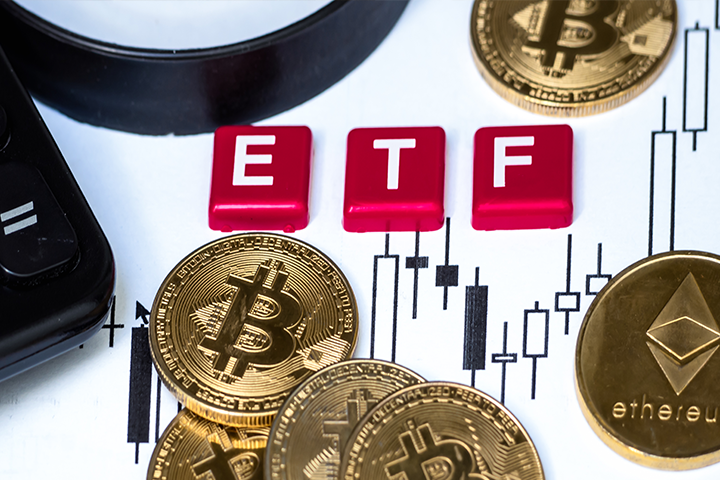 For the past two years, Bitcoin proponents have been eagerly anticipating the arrival of a Bitcoin ETF. It is said that a Bitcoin ETF will increase Bitcoin adoption and usage worldwide. A Bitcoin ETF will also boost the Bitcoin price due to increased trade volume. But there are two sides to the story and others say that its importance has been overblown. After all, it would really just enable further speculation on a derivative product.

What is a Bitcoin ETF?

ETF stands for ‘Exchange Traded Fund’. This is a basket of assets that tracks an underlying asset – in this instance Bitcoin. A Bitcoin ETF would vastly increase exposure. Mutual funds and pension plans would be able to indirectly invest in Bitcoin. Most of the world’s funds are actually in giant pension funds, not in mutual or hedge funds. The Hedge fund market is quite small compared to both mutual funds and pension funds. ETFs are also cheaper than Mutual funds, being more passive in their approach and less risky.

Another benefit is that the investor would not have to hold Bitcoin ins his or her own wallet. This can be a little too technical for most investors, not to mention a lot safer. So these ETFs do have their uses.

To date, the Securities and Exchange Commission (‘SEC’) has been reluctant to pass a Bitcoin ETF. However, the reasoning for the refusals has been very shaky. Chairman Jay Clayton has stated that there is no proof that the ETFs are not subject to market manipulation, and thus are too risky to pass. But this is quite a thin claim. In legal proceedings, the standard of proof lies in a crime being proven to exist first. It is impossible for applicants to prove that ETFs are not subject to market manipulation, as the crime may not even exist as of right now.

There have been a number of Bitcoins ETFs shots down, such as the Van Eck Bitcoin ETF and the Winklevoss Twins ETF. It is possible to gain exposure in European markets with a Bitcoin Exchange Traded Note (‘ETN’). But for the volume to really increase, a US product is needed.

Does it Really Matter?

In any case, the Bitcoin ETF is largely blown out of proportion, and could easily be yet another distraction. Bitcoin is there to disrupt the existing financial ecosystem, not to integrate into it. The more it mingles into funds, the more it gets corrupted.

Ironically, it is these Bitcoin derivates that actually makes the Bitcoin price subject to manipulation. If there were no derivatives, there would be no price suppression, not the other way around. The way Bitcoin will come to adoption is through natural selection, not through approval of the existing financial architecture. As governments and fiat money collapses, Bitcoin will rise to the fore – in spite of Federal authorities, not because of their approval.