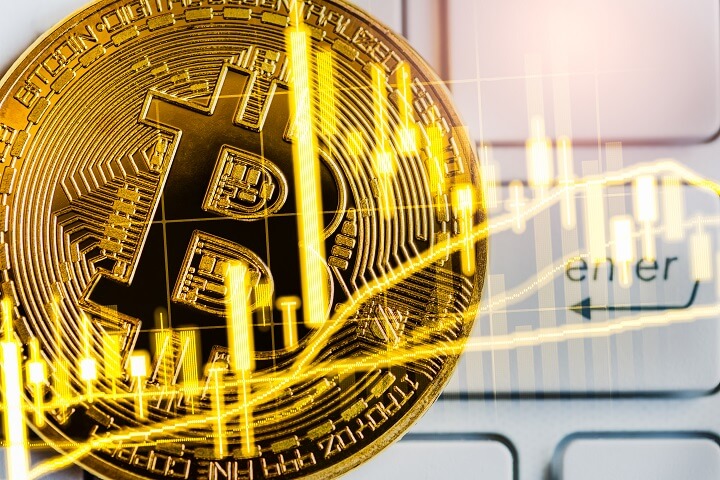 Bitcoin has been trading sideways over the past couple of weeks, after witnessing a slump in price during the last week of September. The markets remained choppy in September, which led to a whitewash of almost $30 billion from the market.

The Bitcoin price is trading at $8,413 at the time of writing and is eyeing the $9,000 mark once again as it touched a high of $8,685 on October 11. The RSI or Relative Strength Strength Index was at the 31 mark, which indicates that a rebound in price could just be around the corner. The RSI level of 30 is an oversold indicator, thus the price may soon bounce north. Similarly, if the RSI indicator reaches above 70, it indicates that the security is overbought, and the price may soon retreat. 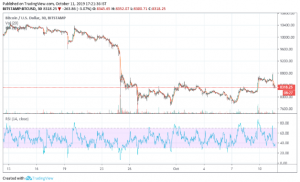 Bitcoin continues to hold a dominant share in the cryptocurrency market and it’s currently at 66.8%, down from the figure we saw about a month back. It was floating close to 70% then. We have seen the level of Bitcoin drop to as low as 33.5% in January 2018. Despite the drop in the level of dominance, Bitcoin price fluctuations still play a crucial role in the movement of altcoins. The total market cap for Bitcoin currently stands at $151 billion. 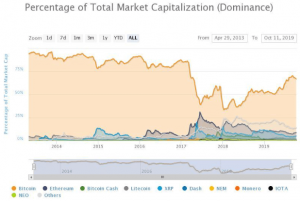 Altcoin Season or Not?

Some of the altcoins which seem to be running the race are Ethereum (ETH), Chainlink (LINK), and Binance Coin (BNB). If we take a quick look at the ETH chart below, the rise in price over the last few weeks has been more exponential than Bitcoin. ETH has increased by about 18% since the start of October. At the time of writing, it is trading at $186 and smoothly moving towards $200, touching the day’s high of $196. The RSI level is also at 38, once again suggesting a possible uptrend in price.

Being the second most popular cryptocurrency after Bitcoin, Ethereum could be the leader driving the altcoin season ahead. 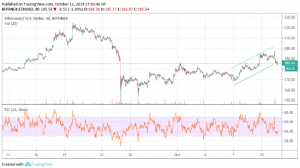 Looking at Chainlink (LINK), it has also gathered some pace and rallied steeply; this altcoin bagged gains of a whopping 50% over the last month. It is trading at $2.7 at the time of writing and has a market cap of $931 million. Although LINK isn’t one of the top ten cryptos according to market cap, it could have a considerable impact on the market as it is one of the most exuberant altcoins.

Binance Coin or BNB jumped about 9% after Binance announced its compatibility with Alibaba’s Alipay and WeChat. However, this was denied by the two giants, and Binance CEO Changpeng Zhao soon issued a tweet thereafter. BNB continues to trade at $16 at the time of writing, with its market cap at approximately $2.5 billion. The overall sentiment for altcoins seems positive and many known social media handles are talking about it.