Bitcoin Price Analysis and More Updates on the Crypto Space

Bitcoin Slumps to $8400 While Bakkt Fails to Impress 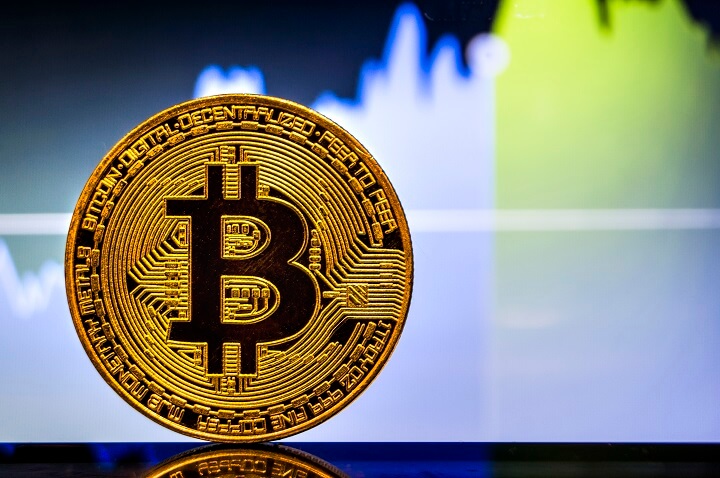 A Sharp Downturn for Bitcoin

Bitcoin prices tumbled to $8400 on Tuesday, September 25. This fall in price wiped out about $30 billion out of the cryptocurrency market. The total market cap of all cryptos put together is currently at $219 billion, out of which $151 billion belongs to Bitcoin.

Bitcoin has dropped about 13.6% over the last 24 hours and other top cryptos that were also treading water include Ethereum (ETH) which declined 14.8% to trade at $168. XRP or Ripple also slumped by 11.2% and was trading at approximately $0.24. 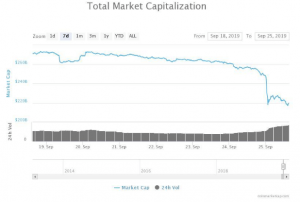 Only a few cryptocurrencies remained in the green and managed to make marginal gains, like STASIS EURO, Dai, Tether, and USD Coin which were up 1.9%, 1.1%, 0.15%, and 0.03% respectively. EOS, Bitcoin Diamond, Tezos, Bitcoin Cash also slipped by 22%, 21.9%, 21.8%, and 22.5% respectively. This gives a clear indication of how dominant Bitcoin price moves are for all digital currencies.

Let’s dig deeper into what could have possibly led to this bloodshed in the crypto space. After the launch of Intercontinental Exchange’s (ICE) Bakkt platform on September 22, it traded only 71 Bitcoin Futures contracts in the first 24 hours. This likely triggered some disappointment for the overall market. Such lukewarm welcome to the Bakkt Exchange initially kept the Bitcoin price range-bound, but prices started slipping on Monday.

The Bakkt project was highly anticipated since its announcement last year. With ICE’s backing, it was expected that most institutional investors would be lured towards Bitcoin. ICE intended to create a platform that enables consumers, merchants and institutions to make transactions in digital assets on a so-called ‘seamless global network’.

Bakkt CEO Kelly Loeffler had outlined the company’s mission of unlocking the value of digital assets while expanding access to the global economy. The CEO mentioned, “With operations, cybersecurity, and controls, along with end-to-end-regulation demanded by investors and consumers, confidence in using digital currency — not just to invest, but to also use in transacting — will grow.”

After the commencement of trading on the Bakkt platform, there were comparisons made to the launch of Bitcoin futures on the Chicago Mercantile Exchange in December 2017.

However, for Bakkt, investors would receive real Bitcoin when the contract expires, unlike the cash-settlements seen at CME.

Fundstart’s Tom Lee said, ”I am very positive on Bakkt and its ability to improve trust with institutions to crypto.” A few other twitter reactions were:

It doesn’t necessarily mean that the Bakkt platform has flopped. Investor’s eyes are still glued to the derivatives live time. A comparison to CME could be considered irrelevant as CME launched Bitcoin futures during a peak time for cryptos. Investors could keep an eye on the Bakkt platform, as it claims to be a long-term game-changer in the crypto space, and a disappointing start does not guarantee failure.