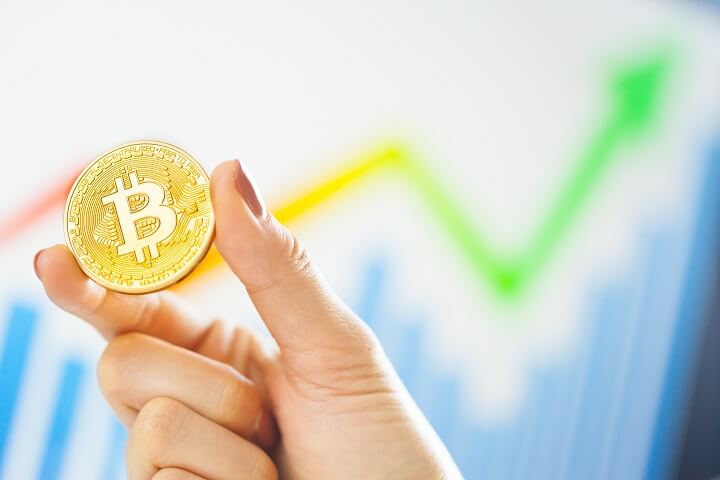 Markets are in a pullback after a magnificent rally over the last few weeks. This is expected and healthy for the macro bull thesis as bulls need time to recover from sustained buy pressure.

A healthy market has up-trends with dips in between. Considering the scale of the up-trend, the dip needs to be proportional. Don’t compare Bitcoin dips with stock dips. Bitcoin dips are potentially more aggressive than a stock’s entire bear market.

Calling for this pullback to become a new range low sub $6,000 seems outrageous as the moment. Sure, it can happen. Anything can happen. But will it happen? Very, very unlikely. Bullish structures have appeared on long term timeframes that are making this seem like a small dip before more sustained buy pressure hits orderbooks near you.

Volumes look bullish for altcoins and not Bitcoin. But as we know it, a Bitcoin pump will be followed by a decimation of altcoins. ALT/BTC pairs are the only things that matter. Sure, you can make a sweet 10% gain on ALT/USD pairs, but if the ALT/BTC pair goes down, it means you could’ve made more money being in Bitcoin instead. Perspective.

Number of longs on Bitfinex is dwindling, which could indicate more bullish strength as more minnows flip their bias short. Stay on top of the game. 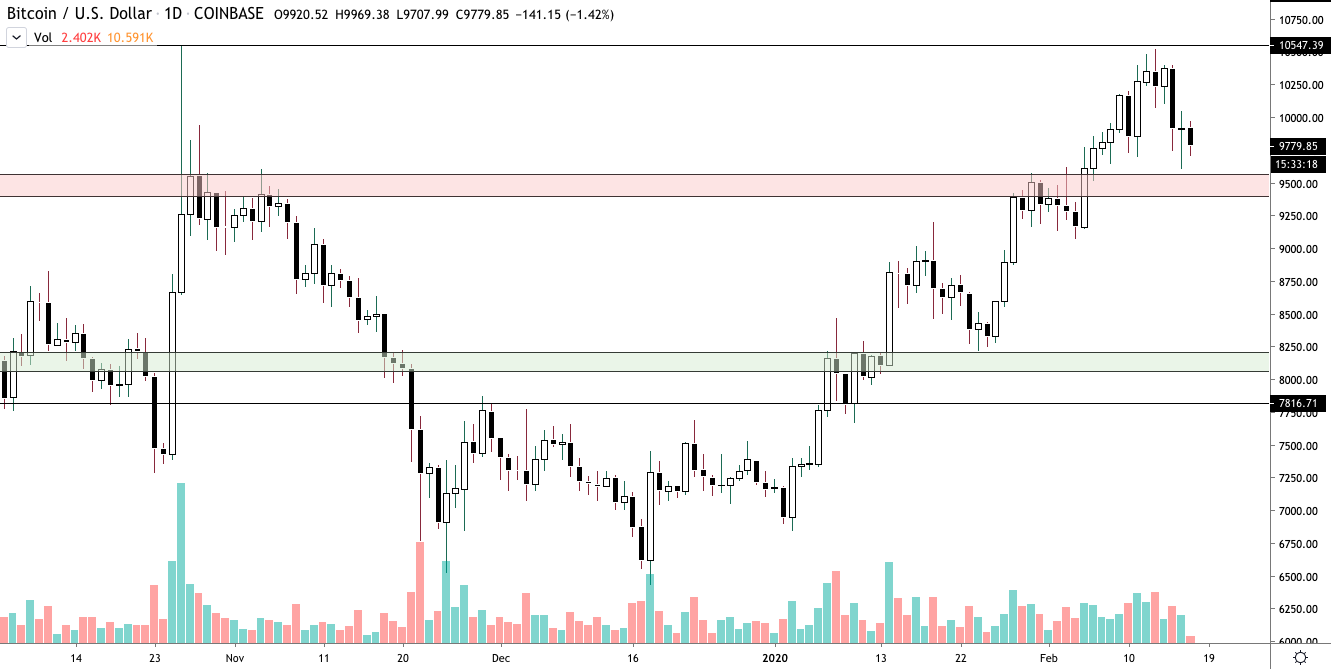 BTC is coming in for a mid-strength pullback, as sell volume looks negligible on the daily timeframe. Bulls shouldn’t have any issue pushing prices higher when they decide to come out of hiding and flood orderbooks again.

The high near $10,600 wasn’t hit, indicating a swing failure pattern on the way up. I was expecting us to take out the local high there and hit the $11,000 mark, which is also the 61.8 fib on the way up. Pressure was lost much before, leading us to this pullback.

The next week will be important in determining if this was just one big, fat bull trap or a legitimate move up. 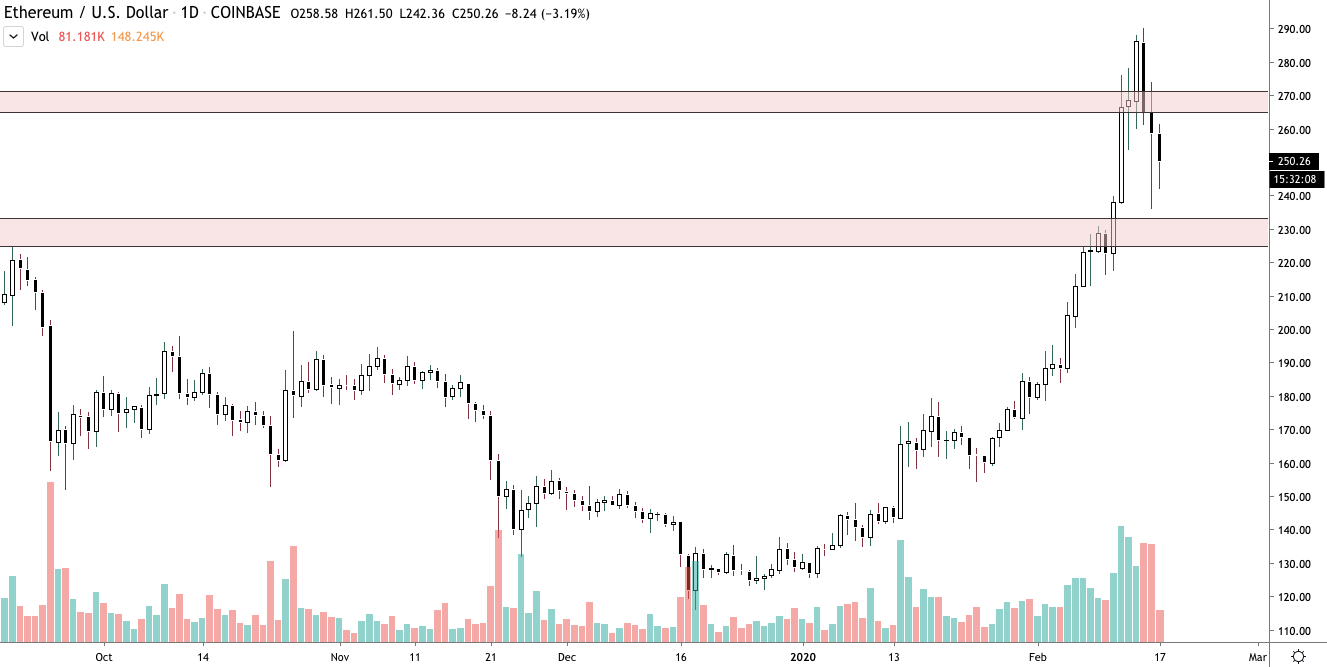 For ETH, I was expecting $230 to be a strong support level, which has held on the wick down. Volume over this move was strong enough for me to consider this the start of an explosive run, obliterating all-time highs.

I would like to see the $230 level hold strong if this is the case, but the spike up was quite significant and the volume in the last 2 days of bearish price action has been strong, so we may see a considerable retrace in the coming days.

Eyes on ETH as it potentially decouples from BTC in the coming days. Going to be a fun year for altcoins. 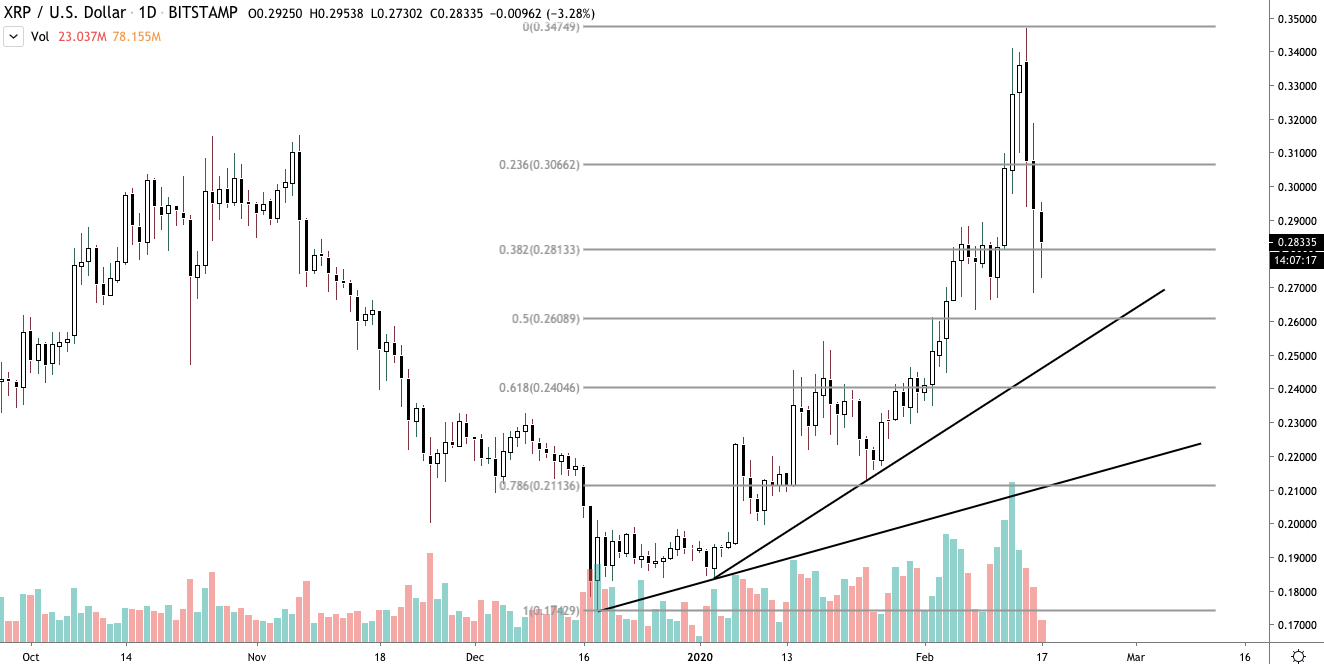 After a great start to the year, XRP is retracing sharply on low sell volume. For the first time in long, I think I’m legitimately bullish on XRP’s price action. That one green day of volume above the rest really stands out.

Two trendlines (drawn out) can provide strong support to XRP, but the Fibonacci lines will likely serve as stronger psychological bases. I really hope XRP doesn’t just retrace this entire move over the next few weeks. This is the best opportunity for an XRP parabola in a long, long time.

$.24 cents holding is what I see as a likely scenario. More detailed XRP outlook coming later this week.