A Primer for ETH 2.0 and Proof of Stake 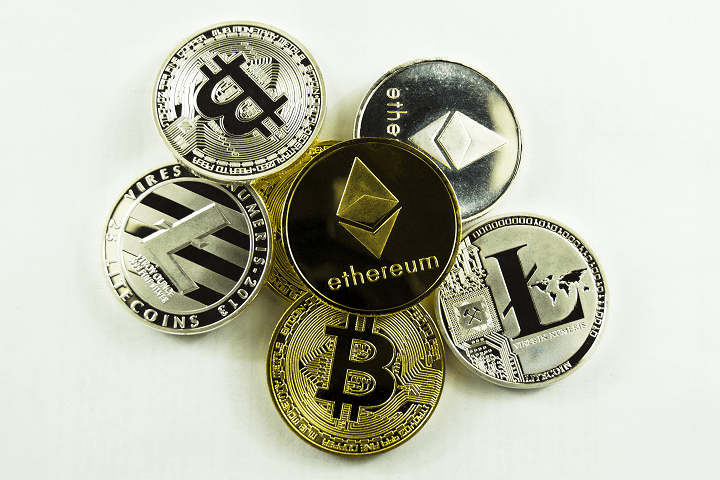 Another relatively quiet week in the market with Bitcoin slowly consolidating down to the mid $8,000s. Crypto Twitter has never been so indecisive, and that’s quite scary, considering we use the macro-sentiment on there to go against. But this is also a good thing because it means there’s healthy consolidation going on – as needed – and narratives will form over time as a reaction.

In other news, India will not be banning cryptocurrency by the end of 2019 as was confirmed by the government. The draft bill to ban cryptocurrencies has not been included amongst the list of bills to be presented in the winter parliament session. Additionally, Coinbase and Binance continue to make moves as they look to expand their payments network and add fiat currency support respectively.

On the fundamentals, it has been a lackluster week. However, coin days destroyed is giving us that historical second high reading that could confirm that the correction is over. On-chain indicators are incredibly useful if you digest the insights they provide in the right way. Coin days destroyed basically measures how much people are hoarding their Bitcoin. If the reading is high, it means more people are accumulating and hoarding coins, so natural market supply shifts down while demand shifts upward. 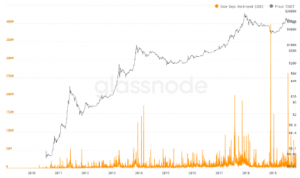 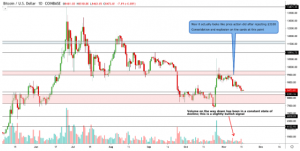 So the main thing to see with BTC is the continuous reduction in volume as the market continues to move downward. In other words, this is a sign that consolidation is not the result of sentiment, but rather a natural easing of pressure after the 40% surge a few weeks back.

Looking at price action, $8,390 looks to be a strong and liquid level of support. It’s possible that BTC doesn’t hit the lower $8,000 circuit, but it’s still probable that it does. This move smells like a pressure ease, so we won’t be surprised to wake up in a few days and see an explosion to the upside.

Just for comparison, people were calling for $3,000-like price action a while ago, and this may have been correct, yet premature. Looking at this consolidation reminds us of how the market reacted to the first move rejecting $3,100. 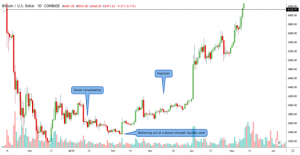 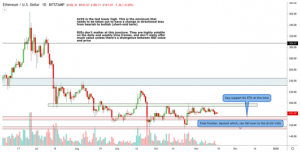 We still have a bearish bias on ETH. The main reason being the lack of explosion like we saw a few weeks prior with BTC. Volume was poor as ETH moved upwards, and this entirely looks like a relief rally.

In order to change bias from bearish to bullish with a high degree of confidence, we would like to see ETH daily close above $225 and sustain, as this was the last lower high posted on higher time frames.

Being stuck between two liquidity zones, there is actually room for ETH to be maneuvered by bulls or bears, depending on whether it is able to exert more orderbook pressure. The next week will be crucial for determining if ETH has bottomed or not. 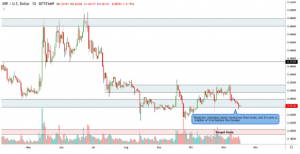 XRP hitting the lower circuit as expected, but the move is nowhere near complete as of yet. Rejection at $.258 signaled some resistance from the bulls, but a lack of meaningful upward consolidation will make this resistance futile. Bears have an inherent advantage here, as Ripple Inc. can change the dynamics of demand-supply equilibrium at will.

Still expecting a bottom near $.19, and we think XRP will be a good investment at these levels. However, one should stay wary of panic selling and FOMO that ensues from XRP breaching its biennial lows.