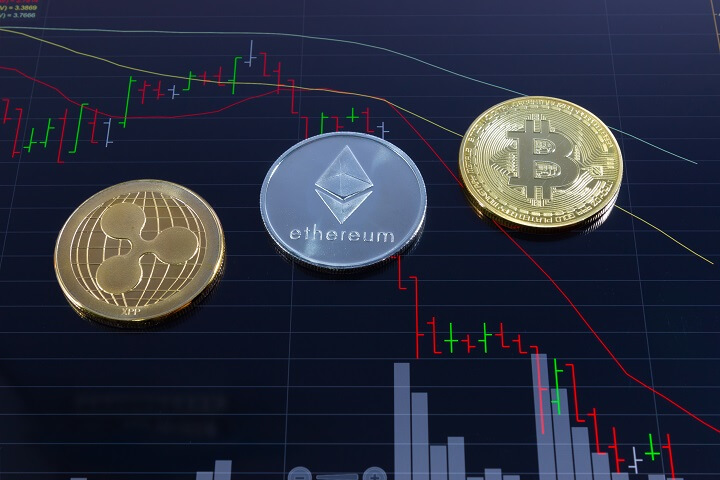 Since the last update, Bitcoin, along with the broader market, continued to fall, albeit slowly. This resembles a consolidation and is quite identical to the move from $4,200 to $3,300 before it exploded. A bullish bias seems to be logical until the low near $7,200 is broken, but this very well may be a fresh leg down for some new lows.

The Ethereum Foundation announced the Istanbul hard fork will take place around December 7, but there is nothing meaningful from a price perspective. Network upgrades on Ethereum have become the norm as the protocol and the community seek to add new improvements and refine it.

There isn’t much happening on the broader market, but volume and liquidity are still struggling at the moment. It seems as though the whales are happily parked in stablecoins and waiting for a good price before entering, or sitting on Bitcoins, awaiting the perfect time to induce some panic selling. Fundamentals haven’t progressed much either, with no new developments other than the SEC willing to re-examine their decision to reject the Bitwise ETF; this is a dead-end anyway.

We have a strong feeling the Bitcoin price will stop consolidating and make a big move soon. It could be to either direction, but if you’ve made it this far, you already know where our bias lies. The potential to explode exists but we wouldn’t try to quantify the probability of such a move.

Breaking $8,000 is a sure shot. We expect some sort of strong support to show up near $7,850. The next week or two will be incredibly crucial. As notable analyst Willy Woo pointed out, Bitcoin has never entered a halving year with so much bear bias still stuck onto price action. Then again, Woo was a bear at $3,200 also, so let’s hope the same scenario plays out.

Volume remains poor, even on the major moves down, and this solidifies my confidence that there isn’t much validity in a bear thesis.

ETH is sitting atop a key zone. A break below $169 could be very dangerous, and a close below this reason means sub $150 ETH is almost guaranteed. However, $153ish has been a very strong region of support, reversing two large moves to the downside. For the time being, there is no major reason to rule out this region holding again, albeit it is likely a hit of this region will force longs into capitulation.

Volume on ETH is also insignificant at the moment, and it is rational to expect a sudden burst in either direction to significantly move the market. The beauty of low volume situations is that a massive amount of volatility is almost always on the brink. This should be an interesting week for ETH.
XRPUSD

XRP USD finally made a close below the $.2578 region. This means a hit of $.19 is most definitely on the cards, albeit the probability is not quantifiable at the moment. Liquidity metrics have been quite healthy for XRP, but that is expected when GSR is market making for you.

Looking ahead, beyond a few months, there is a terrific investment scope for XRP if it manages to break its yearly low. Demand may seem muted now, but the token is honestly strong enough for demand to break through if the price goes low enough.

On the flip side, a plethora of lawsuits and reputational issues plaguing Ripple could make it difficult for incoming supply from escrow to be absorbed in the open market. This could trigger a major, major dump, but is also a very unlikely scenario.