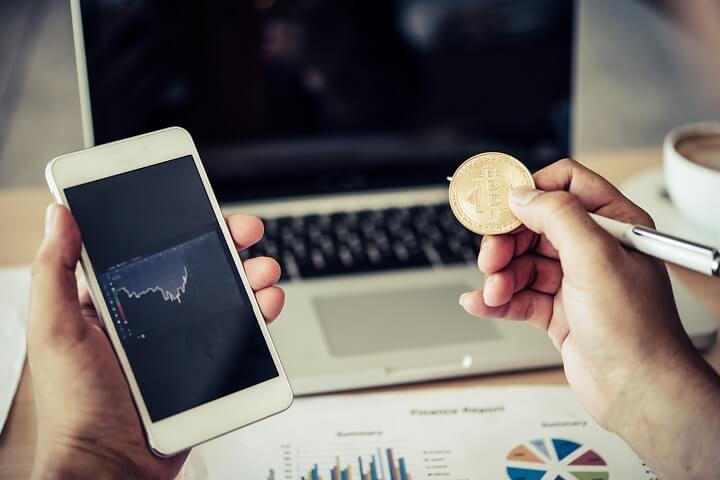 Fundamentally, the market hasn’t changed all that much in the last few days. Derivative open interest is declining, while volatility is starting to pick up. BTC is up about 3% today and that uplifted the rest of the market.

One interesting thing we’ve noticed is how the Bakkt narrative has just dissipated. From “institutional saviour” to “failure”, people managed to both hype up Bakkt beyond reality and then trash it past its failures as well.

With both feet on the ground and a solid look at their data, it is very easy to see that Bakkt is thriving and gradually growing. Unfortunately, the thought leaders who trying to pump their bags don’t understand the intricacies of the derivatives market, and they led an entire flock of sheep to believe their narrative as well.

As we approach the end of the year, I think it’s important for people to recap what happened in the first half, as all the focus shifts to more recent events. Regulation will change the landscape of crypto in 2020, and the political urgency of Bitcoin needs to be realized for people to benefit from its decentralization. Yes, Bitcoin price gets set up for explosive behaviour because of the capped supply and constantly reducing network emission. But let’s not forget Bitcoin is a tool for societal empowerment; it isn’t a stock.

I believe more speculators will emerge in 2020, utilizing the strong infrastructure of derivatives contracts to take their positions. The cap of Bitcoin is by no means a constraint on contract liquidity, so we believe in the next few years we will see the derivatives market becoming far, far bigger than the spot market. This trend can be observed in traditional financial markets as well. 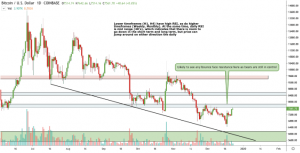 As predicted, there was a bounce, creating a 3 wave corrective move to the upside. Resistance was sought near $7,620 and until $7,800-ish as well. At the moment, we must understand these bounces are all creating lower highs. Bears are very much in control, and the RSI narrative of a short-term bounce and mid-term fall is still in play.

We expect some amount of sideways price action to occur at these levels, and $7,200 should be hit on the downside once the bull trap is set up. Considering this is Bitcoin and not the S&P 500, it would be reasonable to expect some stop hunting to occur for existing shorts before price is taken down.

Over the long term, we are of the opinion that the $3,000 range seen in December 2018 was, in fact, the cyclical bottom. Although that cannot be said with a high, high degree of confidence, market structures are making us think we have progressed to a point where upward explosions are met by realistic consolidations. If this was merely the wave 1, the wave 3 and 5 are going to be a sight to behold. 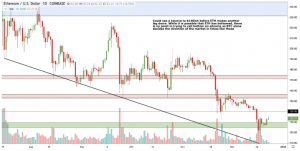 This is where things get slightly tricky. Wading through altcoins at the moment is incredibly dangerous, and their price action alone will not reveal enough.

If ETH is to hit $140 on this correction, it will require BTC to exhibit similar price action, making its way above $7,800. But if BTC reverses from here, ETH is also destined to do the same. For this reason, it is best to steer clear of altcoins during times when Bitcoin price action is choppy.

Altcoins like ETH tend to gain more than BTC in bullish waves, but also lose more than BTC in bear waves. So keep in mind, ETH/BTC is falling, so ETH/USD will fall harder than BTC/USD. Keeping an eye on ETH/BTC is crucial in deciding whether ETH price action (or correlation) is decoupling from BTC. 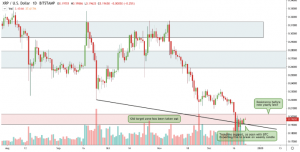 At the risk of sounding like an XRP Army member, we think we may see the bottom for XRP finally set in over the next month or two (maybe even a bit longer). One thing we cannot deny is that there is demand for XRP. This is evidenced by the absolutely bulliish price action in months where Ripple doesn’t do their open market dumping.

My opinion is that a bottom will show up between $.14 and $.16. As of now, we are seeing some trendline support after it immediately popped back up past it. We think we hit the top of the red box and consolidate for a while before breaking down for a new leg.

XRP is not as highly correlated to BTC as other alts. In fact, not altcoin is as correlated to BTC as ETH. So XRP has the ability to sustain some independent price action. But we believe a drop in BTC will be enough to push XRP bears into the open to push price down further.