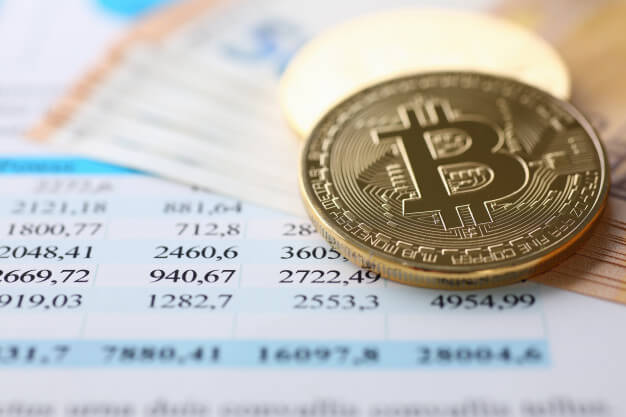 Choppy price action over the last few days. There are signs of bears having control, and then suddenly, the bulls have taken over and sent the market up 2-3% in no time. The relative volatility index is showing a potential spike in volatility to come, which means we will probably see a semi-big move in either direction. Personally, we believe this will be to the downside.

This week’s news was centered around how central bankers are considering a digital currency more than ever. The Davos conference led to a lot of talks about blockchain and cryptocurrency, leading the WEF to release a framework for central banks looking to explore digital currencies.

Volume in the overall market is still on the decline. With each short leg up, we are losing volume on Bitcoin, which we believe means we are gearing up for a new leg down.

Other than the above, there was nothing significant on the derivatives or market structure side in the last few days, so we can dig into the charts. 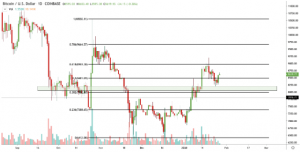 The concern for us is that the entire move from $6,400 to $9,000 was just a 61.8 fib retracement. Currently, the Bitcoin price is making another break for the fib. If it can clear the current range high and close above the 61.8 level, we could be in for some sustained action upwards.

However, stopping out before the new high and reversing will be a sign of this merely being a retracement. In this case, we fully expect new lows.

Level around $8,000-8,200 is very important as well. It was a resistance, now turned support, so that also adds to the bull thesis. If the price continuously sustains above that level,weI would consider flipping our bias to bullish. 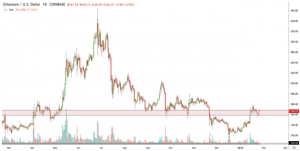 The same level from last week is still the prime focus for ETH. It is being turned into a resistance slowly, which indicates strength from bears.

As mentioned last week, we need a close above that entire pink box, or else ETH is in danger of some serious bloodshed.

Especially with constantly dwindling volume, support breaking and turning into resistance is an extremely bearish indicator. More so because this particular support region held up very strong for over a year. 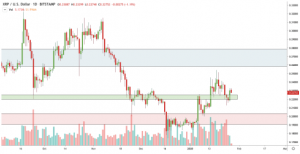 Seeing some more of the S/R flip on XRP as the green box goes from support to resistance. We are short-term bullish on XRP and can see a hit of anywhere between $.24 and $.30 before it corrects.

Volume on XRP has always been incredibly healthy, but for reasons we don’t quite understand. It likely comes from the fact that Ripple themselves have hired expert market makers GSR to undertake XRP market making.

If the green box can sustain, we suspect XRP will make a decent short term uptrend. However, if the support breaks down, we can expect a break of $.19 in the coming weeks to months, depending on volatility.