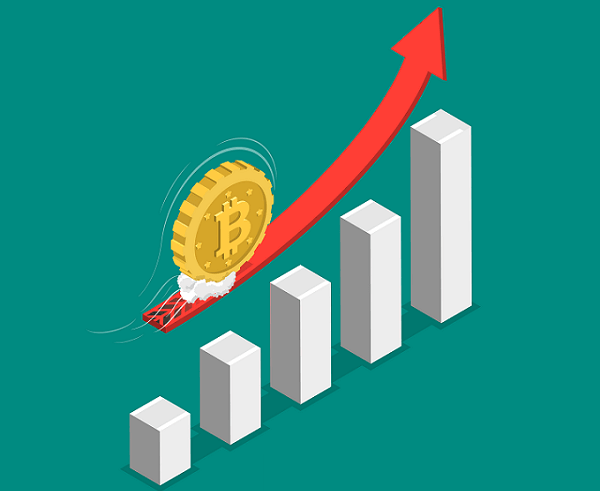 The last market update of the year and the decade, so we’ll keep it concise and insightful. Going forward, anyone and everyone who is in the crypto market needs to be able to understand that the market structures are going to dynamically change as time goes on. The difference between how cryptocurrency entered and exited the decade is massive, as will be the way we enter the 2020s and exit the 2020s.

The Bitcoin price has seen some strength in the last two days after failing to break out of the $7,600s and hitting the low $7,000s. With the current price in the 7,300s, many believe this could be the end of the bear consolidation and the start of a new bull phase. Today’s BTC analysis has a bull and bear thesis, both of which have sufficient evidence, leading me to have an unbiased view with a bias emerging after one of the two scenarios seems more viable than the other.

An important theme for 2020 is going to be the continuation of the derivatives market explosion. Not many people understand just how important derivatives were to the change in market structure in stocks, commodities, etc. I think 2020 is the year we see a massive amount in structural change, as Bakkt, CME, and others like Deribit and FTX start to attract more volume.

Improving liquidity in the markets will always go a long way in bringing in more participants. We theorize that as Bitcoin gradually gains value and derivatives increase their dominance in crypto, liquidity will amass at levels not seen before, driving institutions to become prime speculators in the market. 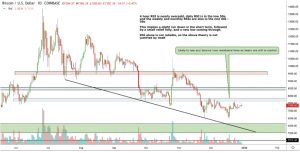 This first scenario builds a bearish bias towards BTC. Currently, it looks as though $7,800 is the make or break zone for confirmation irrespective of whether you’re a bull or bear at the moment. If you were to view this price action on a weekly chart, $7,780 is the clear lower high of this move, so a move above it would be indicative of a sprint to $8,500ish at least.

However, if $7,800 is rejected with a long wick or a very bearish candle on the daily chart following a hit there, we think the higher $5,000s becomes a more viable reality before BTC can consolidate again. 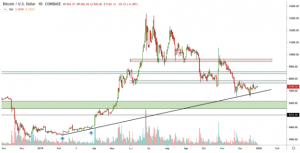 Once again, $7,800 is the key to either of these playing out. Keep a keen eye on this level if you’re in the market. 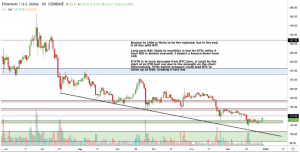 Nothing in the ETH price action can be trusted at the moment, as it will simply follow BTC to the tee. However, we have a very small suspicion that a famous mid-term decoupling is in the mix, leading to ETH leading the market out of the bear run or spiking upwards as BTC consolidates or makes a new low.

RSI on ETH is telling in that manner, but as said in the last BTC chart, RSI alone is not even close to enough for trade execution. We believe we will wick up to $140 soon and correct to the low $130s, high $120s before ETH makes it move to either continue following BTC or decouple and burst upwards. 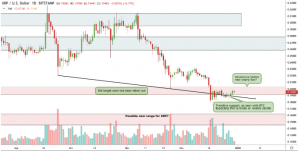 XRP going as per the plan. Bottoming at the trendline and making a run-up to the higher bound of this zone of resistance. We fully expect a rejection there and for XRP to make a new low near the $.14-16 region.

A lot of it boils down to how much Ripple sells in the open market now. Demand for XRP will show up at these levels and lower levels, but if it is simply absorbed from the escrow dump and excess demand is not allowed to prosper and push the price up, it will be difficult to say what happens here.

At most, we can see an XRP spike to $.214 before the price is pushed down by bears. XRP has a lot more explorative price action to uncover before anything can be said with a higher degree of confidence and conviction.