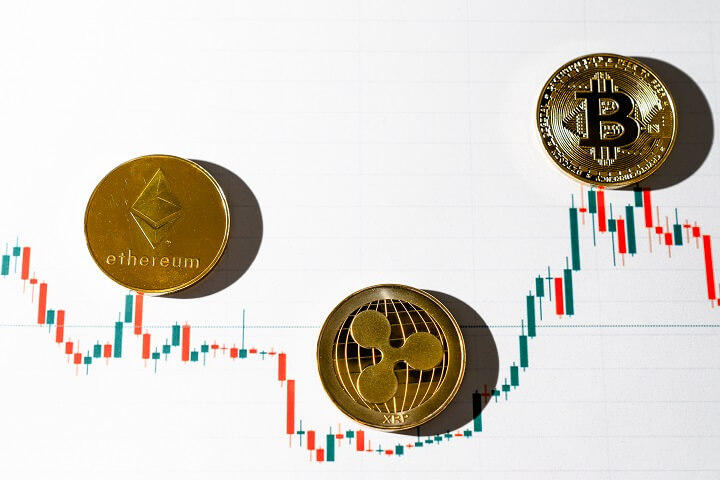 If you’ve been keeping up with these analyses, you’ll know we saw a relief rally on the cards for this week. But there are certain conditions that need to be met in order for us to flip our bias and consider this as a potential bottom. Declining daily volume is a big impediment to the bull thesis. But then again, in the first wave of major rallies to the upside, the volume is initially dismal until it picks up in later stages.

The Bitcoin price is up by 20% since falling down to the $6,400s last week, and sentiment in the space has seen a massive uptick as everyone, once again, calls for this to be the start of a bull run.

At this particular stage, we can give a little room to discount the volume profile, but the signs on higher timeframes need to supplement the bullish picture. It’s important to stay indifferent at times like these and not get overwhelmed by the sentiment and exuberance.

Options and futures are not as important as spot markets at this time. Watching spot orderbooks will give you first-hand information on the state of the demand surplus at the moment. However, sometimes the buy and sell walls will paint unrealistic pictures thanks to the advent of robotic market makers. 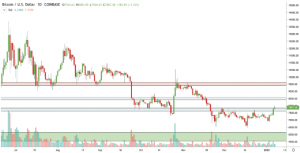 BTC’s bullish engulfing candle a few days ago was an obvious sign of a spike; a relief rally at the very least. If today’s daily candle closes above $7,840, the probability of a move to the $8,500 range increases.

A move to $8,500, however, does not necessitate that this is an actual bull run. It is possible to make a move higher and still have room to make a range low below $6,400.

In order for Bitcoin bulls to capitalize on this, volume needs a slight uptick from current levels, even if it doesn’t rise significantly. In times of massive moves without strong volume, one must be careful not to get caught in orchestrated moves. 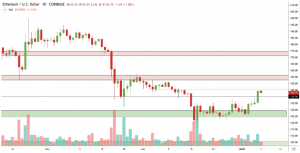 ETH is bouncing again, having successfully hit the $140 target set a few weeks ago. A daily close above $145 would lead me to believe a spike to the $160s is on the cards.

As we’ve mentioned over and over again, it’s important to understand that Bitcoin is driving the market at the moment. ETH can make moves, but any significant price action on BTC will lead to a situation where ETH loses hold on its own price. Having the highest correlation to BTC is a pitfall in this regard, but it also means when BTC goes parabolically insane, ETH does the same at a higher degree, making it a good way to capitalize on BTC bull moves.

For now, just watching altcoins is enough until some significant volume comes into the picture. 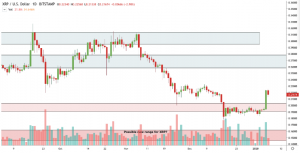 Just hours before Binance announced XRP perps on with up to 75x leverage, the price pumped, leading many to believe this was some kind of move orchestrated by insiders or market middlemen.

A hit of $.26 is on the cards once again if XRP manages to close above $.22. XRP is the only token with actually consistent volume numbers, making it quite to decipher.

Right now, the best decision for all of these tokens is to patiently wait for a good level to enter for whichever direction you feel is coming. Don’t FOMO in just yet.