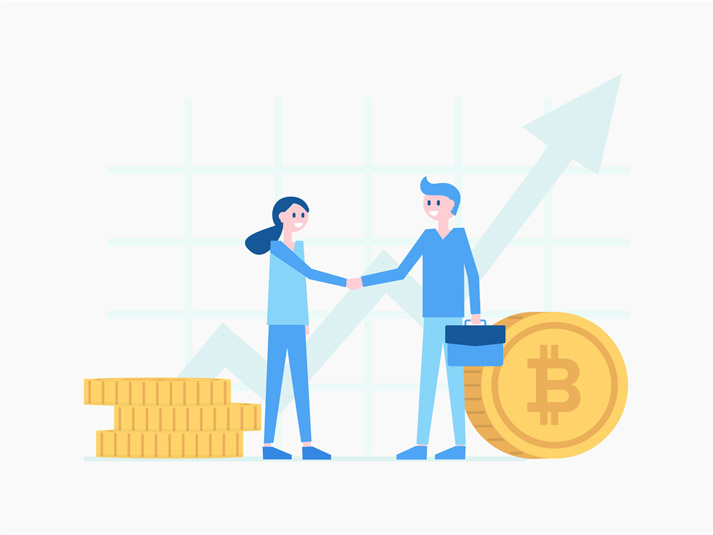 A ‘derivative’ product is one that allows traders to take positions on an underlying asset without holding the required collateral. Derivatives include futures contracts, which means you are obliged to buy or sell at a set price on a future date.

An option is similar, giving you the option to buy or sell a product at a certain price while the contract is in effect. bitcoin derivatives were introduced to certain exchanges in late 2017. Since then, Litecoin and Ethereum derivatives have been introduced to various exchanges. There is little doubt that derivatives certainly affect the bitcoin price.

The reaction to the introduction of bitcoin derivatives within the crypto community was mixed. On one hand, it will result in the increased trade of bitcoin. This will boost trade volume and its overall viability as a commercial product. The fact of the matter is that bitcoin needs to be adopted and accepted. It cannot simply be a rogue coin used by a small number of people to buy illicit products.

On the other hand, these bitcoin derivatives closely mimic the exact kind of products that bitcoin was designed to replace. Many contend that it is financial derivatives that lead to financial disasters such as the 2008 crash. It allows traders to place huge positions with money they do not have – the end result is that the banks go bust and are bailed out by the government using taxpayer money.

These bitcoin derivatives are bought using dollars and are integrated into the wider financial complex. They are regulated by the same fiat financial authorities in the same system, and are held to the same standards. Goldman Sachs and similar large banks are the owners of many new blockchain companies and projects, so the core functioning of these coins and derivatives will simply be to enrich the banks, much like the last financial crisis.

Does it Affect the Bitcoin Price?

Undoubtedly, the bitcoin price is affected by the introduction of derivatives. The bitcoin price reached its highest point on December 17th (around $19,800), the exact same date that bitcoin futures were introduced to the CME exchange. This is a strong indication of price suppression, although it’s not absolute proof of the same.

In a more general sense, it stands to reason that bitcoin price will be affected by derivatives. It is obvious. Financial companies are not allowed to trade in cryptocurrencies directly and need to gain exposure using these derivatives. The price of any asset, not just a cryptocurrency, is a function of the trade volume – supply and demand.

The more demand there is for a product, the more it will be desired, and the price will shoot up due to a lack of availability. So the price suppression theory would be based on huge sell orders which were placed on exchanges when bitcoin derivatives were introduced. These sell orders can be placed with printed fiat money which has no intrinsic value, to kill off the opposition.

[Guaranteed] Win Up To 0.5 BTC Every Single Day, No Strings Attached