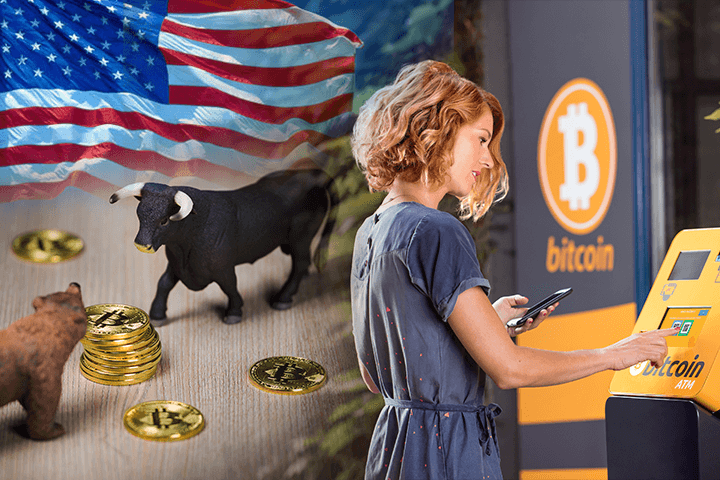 Bitcoin is a great sea that constantly rages with turmoil and revolution. The deep crypto waters swell and rise with the ebb and flow of worldwide economic activity, striking fear and awe in the hearts of many.

The crypto market leader is ever-evolving, and this evolution provides an endless stream of news-worthy events. Bitcoin generates interest, controversy, and comprehensively diverse opinions like few other issues do. Ever since Bitcoin entered the public conscience, people have been talking about it and will continue to do so for generations to come.

Here’s a rundown of the latest Bitcoin news:

LibertyX Expands Its Bitcoin ATM Network Across the United States

One of the main problems facing Bitcoin is that people perceive it as an ‘online only’ asset with little to no use in the ‘real’ world. But as we’ve seen before, the concept of ‘reality’ in the context of cryptocurrency is very fluid, to say the least.

People’s perceptions are about to change, however, as LibertyX has announced the expansion of its existing Bitcoin ATM network across the US, thus making Bitcoin more ‘real’ in the eyes of many.

LibertyX will install 90 new Bitcoin ATMs in commercial locations in Arizona and Nevada, according to a recent statement released by the company.

The company launched its first Bitcoin ATM in the US back in 2014 and has since grown its network to over 1,000 machines across the United States.

This marked expansion supports the idea that interest in Bitcoin and cryptocurrencies as a whole is growing at a steady pace day by day.

Bitcoin Price Drops to Below $10,000 After a Period of Relative Stability

The price of Bitcoin has dropped to below $10,000 and has stayed there after a relatively calm start of the trading week on Monday.

This volatility in price is nothing new, of course. The value of Bitcoin ebbs and flows with the turbulent tide of international markets, as stated above, and the regulatory uncertainty currently emanating from the US is only contributing to this see-sawing trend.

US President Donald Trump Gives His Two Cents About Bitcoin

Donald Trump has finally weighed in on cryptocurrency, giving his own two cents on the crypto revolution.

In a recent tweet, Mr. Trump stated, “I am not a fan of Bitcoin and other Cryptocurrencies, which are not money, and whose value is highly volatile and based on thin air. Unregulated Crypto Assets can facilitate unlawful behavior, including drug trade and other illegal activity.”

Now, to the best of anyone’s knowledge, the current American President is not exactly considered a thought leader in the cryptocurrency space. His tweet sparked a tweetstorm as tweets came in thick and fast, soon eclipsing Mr. Trump’s misconceptions with well-aimed facts and figures.