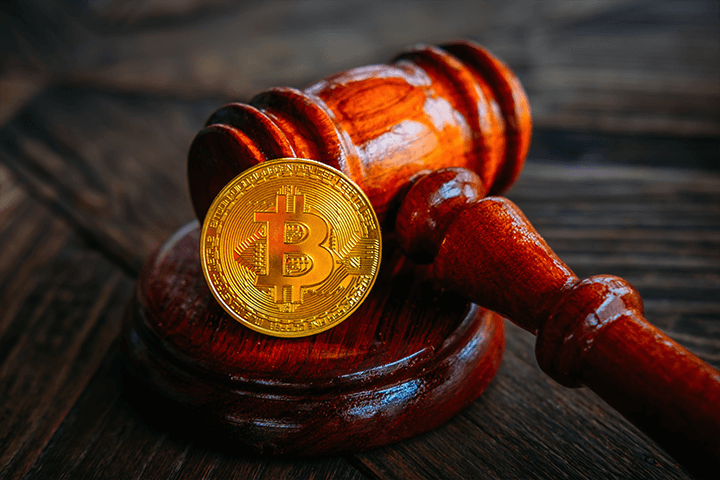 Volatility is not the only prominent feature of bitcoin. Regulatory uncertainties are rampant, while the general unpredictability related to how world governments deal with bitcoin is unsettling. Bitcoin draws mixed reactions; countries like Israel and Canada have embraced bitcoin completely, going so far as to levy taxes on the cryptocurrency.

Meanwhile, countries like China and Ecuador lie on the other end of the spectrum, outlawing any and all involvement with bitcoin. Then come the countries that are on the fence, those that have made no legally binding statements while appearing to be studying developments closely.

The Debate Over Cryptocurrency

Cryptocurrencies are generally classified by regulators into two broad categories: as currency or as digital assets. Those that treat cryptocurrencies as currency, allow for the buying and selling of goods and services using crypto. Those that treat them as digital assets, allow users to trade on crypto exchanges and the likes. Since they are assets, profits earned on them are taxed.

In recent years, there has been an ongoing debate on the right approach toward regulating bitcoin and other cryptocurrencies. As of late, this particular debate has drawn even more participants and spectators, a result of the announcement of Facebook’s Libra.

Regardless of the direction in which these debates lean-to, there appears to be a common thread running through them. And that is the fact that regulators and the masses do not particularly care about bitcoin and blockchain as a technology. Rather, interest lies in the size of the company or companies involved in it. Perhaps, this is because, the decentralized and novel model which cryptocurrencies support makes obsolete the need for oversight, effectively rendering powerless governments and powerful the companies in charge. Some have termed this the beginning of a corporatocracy era.

There have been talks about global cooperation in crypto regulation, obvious natural gravitation, considering how bitcoin effortlessly blurs borderlines and jurisdiction. The G20, FAFT (Financial Action Task Force), IMF (International Monetary Fund), FSB (Financial Stability Board) and several other international bodies, have set up task forces, working groups and teams to research on sustainable legal frameworks. A few like the FAFT have release guidelines, the latest incorporating the ‘travel rule’ that requires crypto exchanges to exchange customer information.

On the national level, a few countries have made deliberate efforts at earning themselves a place in the crypto-friendly categories. Topmost on this list is “The Blockchain Island” Malta and Switzerland which has dedicated laws governing the operation of crypto exchanges and other crypto-related businesses. Some other countries like Kenya and India are taking a cautious approach by setting up sandboxes to observe how crypto businesses would work under regulation.

“Regulatory innovation is no longer a matter of choice, it is a matter of survival”, South Korea’s president, Moon Jae-In. Moon said this in a press release announcing the selection of Busan as a regulatory free zone for blockchain and crypto in South Korea. This is a timely recommendation for regulators around the world. Approaching with caution, having the best interests of citizens in mind and not brandishing a sword of oppression, is the best way to go about regulating bitcoin and other cryptocurrencies.