Can Bitcoin Compete With Banks? 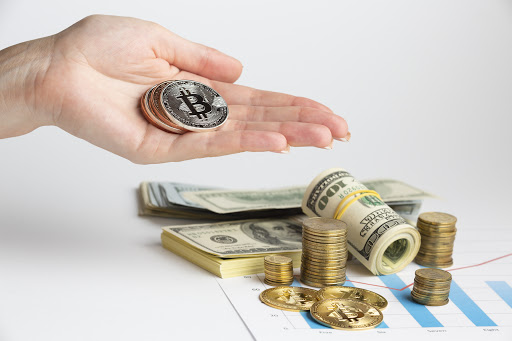 Decentralized financial systems have a long way to go, that’s for sure, but at the end of the
tunnel, is there hope for these networks to etch their way into history, superseding the power
hierarchy dominated by banks and gargantuan financial institutions? It is definitely a possibility
and given the nature of the power shift, even more probable as awareness grows. But will
Bitcoin be the driving force behind this revolution?

Unshackling the Chains of People

Financial institutions control major aspects of human life. They are the sole determinants of
whether a person can receive a loan, fund their business, or even simply have a bank account.

This kind of control gives them power over every class of people – from the bourgeois to the
working class.

Because of this, they often can do as they please. Bitcoin was introduced as a solution to this
hierarchy, allowing people to organize commerce within themselves, using a shared, immutable
ledger as a means of keeping reliable accounts.

Bitcoin, however, seems to have transcended this narrative. As per the current regime of the
“intolerant minority” in Bitcoin, it is now a store-of-value with the still-nascent Lightning Network
being touted as an on-chain payment solution. This narrative, in all honesty, has limited the
innovation that can happen with Bitcoin. Limited utility and sole focus on price appreciation
serve nobody except early adopters.
There’s no doubt that Bitcoin will be a vital part of the individualization of finance, but it is
extremely unlikely that it achieves this objective alone.

Let’s assume Bitcoin is the new gold – that is the goal anyway. It shelters investors in times of
uncertainty and financial crises. It becomes a thriving asset. Is this enough to sustain financial
activity? Is gold the single point of contact for the financial world?
Bitcoin will be an integral part of the puzzle, but it is by no means the only part of the puzzle.
The DeFi narrative is something that can truly oust traditional finance. Whether the current
version of DeFi on Ethereum is a prototype to instigate the revolution or the end-productremains to be seen. But DeFi is most certainly the path permissionless systems need to take to
eat into traditional finance.
There are multiple pieces to the puzzle. Bitcoin is a payment and a value storage mechanism.
But that isn’t enough to create a thriving economy. Businessmen and regular people need loans
to finance their needs (backed by assets and cash flow), people need avenues to save their
money in a rigid, guaranteeable, sustainable manner. There are a wide variety of needs that
have to be catered to. The focus must now shift to refining the existing infrastructure while
creating new pieces to the puzzle.
Bitcoin is going nowhere. People who think Bitcoin is just an early primitive will soon realize that
too. But can Bitcoin compete with banks? Yes – but not alone.