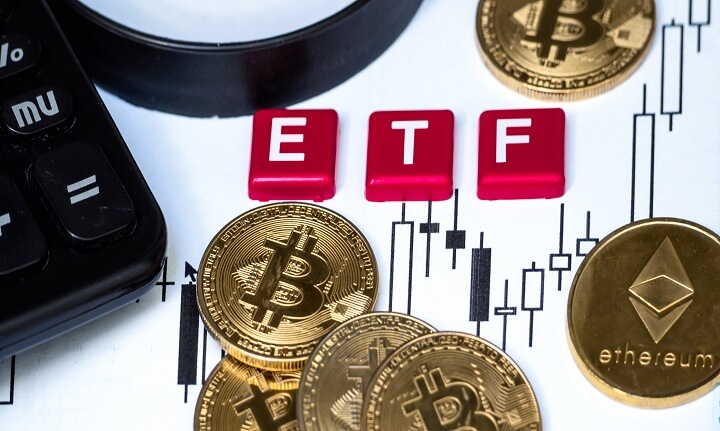 The cryptocurrency community still eagerly awaits news of the approval of a Bitcoin Exchange Traded Fund (‘ETF’). However, SEC Chairman Jay Clayton states that there is still considerable work that remains to be done before this can happen.

Work to be Done

Speaking with CNBC, Clayton stated that the concerns with the Bitcoin ETF were serious, and were mainly related to:

“How can we be sure that those prices aren’t subject to significant manipulation? Now progress is being made, but people needed to answer those hard questions for us to be comfortable that this was the appropriate type of product.”

Many organizations have attempted to pass a Bitcoin ETF of some kind, only to be rejected by the SEC. Most notable is the Bitcoin ETF attempt by the Winklevoss twins, as well as the VanEck ETF. However, there are a number of alternative products that operate as a Bitcoin ETF.

XBT Provider offers an Exchange Traded Note (‘ETN’) that is available on the Nasdaq stock exchange in either Euros or Swedish Krona. Greyscale offers a Bitcoin Investment Trust as a legitimate investment vehicle. However, these options do not truly democratize the marketplace in the same manner as a pure Bitcoin ETF.

What is a Bitcoin ETF?

An ETF is simply an index of securities. But it can be bought like a stock. The ETF has the additional benefit of increased diversification and is a primary investment mechanism for modern traders. If it was introduced it would open to doors to Bitcoin investment on a huge scale. Pension plans and mutual funds, which have the most capital, could then invest directly in these Bitcoin funds.

As it stands, many investment funds have no available options to allocate capital to cryptocurrencies, due to outstanding regulatory issues. The Bitcoin ETF could also serve to reduce some of the volatility of the underlying asset by using a mix of bitcoin-related securities.

The cryptocurrency community remains divided on the entire concept of Bitcoin ETFs. Some suggest that they could serve to increase Bitcoin trade volume, which would then result in an increase in the Bitcoin price. However, others say that such innovations really serve to take away from the wider cryptocurrency movement, which is based around the core asset, not meaningless derivatives.

Either way, it seems that Jay Clayton and the SEC are perpetually stalling on the issue of these anticipated Bitcoin ETFs. The real reason for these delays remain uncertain and could be affecting the true price of Bitcoin.

While work may remain to be done, there does not seem to be any real way of addressing the very vague concerns of the SEC. After all, it is not really possible for an applicant to somehow prove that the whole market is not subject to price-fixing – and this is not a valid argument for a refusal to authorize the Bitcoin ETF. A crime or claim has to be proven or substantiated in the first place in order to be used as a valid means of refusal.

There are no guidelines and Clayton has been saying the same thing for longer than a year. But if an ETF is finally approved, then the price of Bitcoin could experience substantial upside momentum.