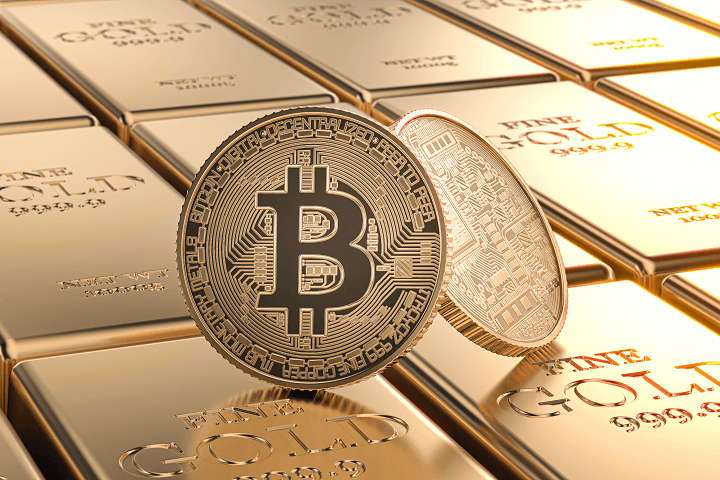 The last week of October provided some buoyancy to the big brother of all cryptocurrencies. Bitcoin prices are trading at $9,358 at the time of writing. It has surged about 24% so far as compared to its lowest point seen in October. The rebound in Bitcoin price has led to its dominance level in the crypto-market rise to 67.6%. The dominance level is an indicator of the market share for Bitcoin as compared to other cryptocurrencies. The total market cap for all cryptos currently stands at $247 billion. 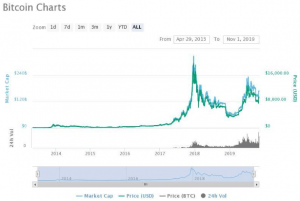 According to a crypto data company called Messari, the trading volume for Bitcoin on the top ten biggest exchanges has fallen under $200 million. This a steep reduction of 20-fold as compared to the $4 billion per day volume seen a few months back.

More news coming on the way for Bitcoin, the Intercontinental Exchange’s chief executive, Jeffrey Sprecher said that Bitcoin might become ‘digital gold’, but first, it needs more acceptance in daily business. He also mentioned that a number of Bakkt exchange employees already see bitcoin as digital gold and Bakkt’s subsidiary, which runs a futures market has announced that it is developing an app for consumers to buy goods from merchants, starting with Starbucks.

He said, “ Because I’m old I think of [how] gold became a store of value because at one point it was a currency. We had gold coins, it was in circulation, and over time because of the nature of its ability to spend, … it became a store of value and today, you know, in a crisis we all accept gold as a form of payment.” According to him, Bitcoin could follow a similar trajectory. Jeffrey also detailed the impetus for Bakkt to launch bitcoin options that are coming up in December.

Stellar or XLM spiked almost 10% in a frame of two hours. It was trading at $0.07 at the time of writing. It is among the top ten gainers for the day, with Lambda and Zilliqa being winners for the day. These have scaled 39.7% and 12.5% for the day. The sudden bounce in Stellar likely came after the news that Stellar was listed on the Japanese crypto exchange Coincheck, which has become infamous due to the largest ever crypto hack. It is the tenth-largest cryptocurrency according to market capitalization and has been on an upscale since September, rising almost 20% in the last one month. 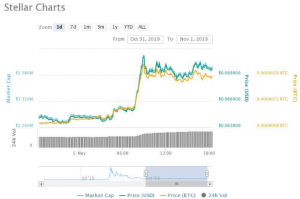