NYDIG Gets Greenlight From SEC to Offer Cash-settled Bitcoin Futures

Coinbase vs. Binance: The Race for Dominance 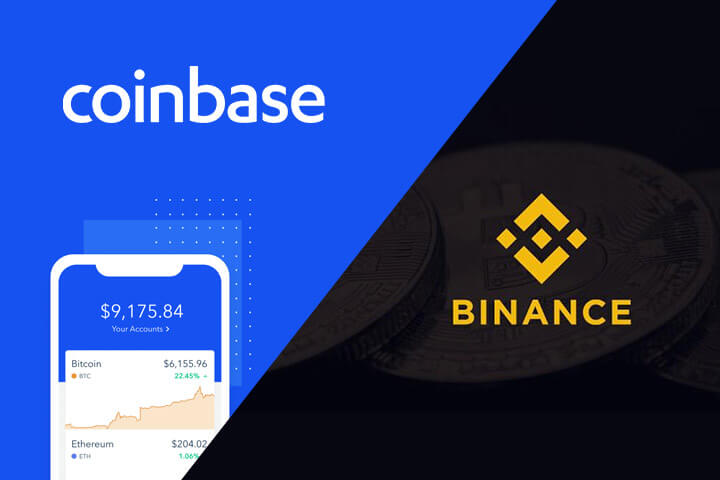 Two of the largest crypto exchanges in the world are now branching out to provide a plethora of other services within the cryptocurrency ecosystem. From staking and lending to savings accounts and institutional custody, Coinbase and Binance have built their own frameworks for the future and are allocating time and resources accordingly. But which one of these companies has an edge over the other?

Over the course of the last year, Coinbase and Binance have forged diverging paths by taking vastly different routes. On the surface, it looks as though Binance is focusing on the retail market and software development, while Coinbase closes in on the institutional market and service-based offerings. That’s not to say their paths don’t occasionally converge, but they are different for the most part.

Based on the trends we have witnessed so far, one could argue that the retail dominance of crypto has led to Binance expanding rapidly and garnering more usage relative to Coinbase. With their eyes set firmly on providing value-added services, there is an argument that Binance is becoming a central point of failure despite their lack of control over networks. For example, Binance announced they will offer pooled staking on Tezos, and this threatens the network as they are directly involved with consensus.

Coinbase is more towards the hardcore financial services side of things, with their focus set on custody, savings accounts, and payments through the Coinbase card. Once again, Coinbase has some skin in the retail game through their debit card, but a majority of its efforts are focused on institutions.

For this reason, we think it makes sense that Binance would grow rapidly in the short-term while Coinbase accrues value over a longer time period as more institutions pour money into this space. This narrative is broadly in line with Binance’s higher growth now, especially because we are unsure of the daily volume over at Coinbase’s OTC trading platform.

By now, it should be obvious that there isn’t one answer; however, both of these companies will thrive. Unless there is astonishing adoption in DeFi and DEXs, it is fairly impossible to see either Binance or Coinbase failing 5 years from now. In all honesty, only open finance can kill either of these giants.

The different paths taken by both will lead to different outcomes, so while both may thrive, one is bound to be more successful than the other. We cannot possibly ascertain this with a high degree of confidence at the moment, as it all hinges on what direction the market takes from here.

That being said, we expect Coinbase to be larger than Binance in 5 years, but for Binance to remain at the top in the near future. They each can become avenues for different groups of people; who wins, in the end, will be based on whether crypto stays retail dominant or institutions enter the space at an astounding pace.