Crypto, Tax, and the IRS: The Good, the Bad, and the Downright Ugly 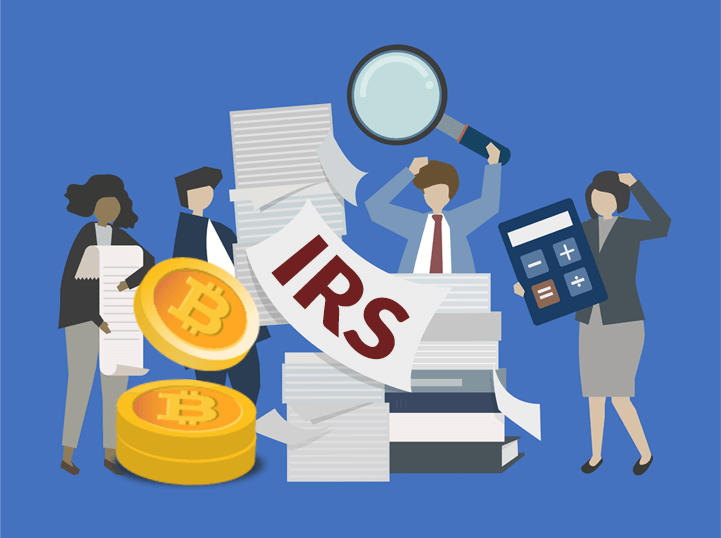 They used to say that Al Capone feared the Internal Revenue System (IRS) more than he feared the FBI. This fear proved to be well-founded, as tax affairs did precipitate Capone’s downfall.

Capone’s troubles with the IRS illustrate this piece well, but with a 21st-century twist. We’re not talking about ill-gotten money made by bootlegged alcohol, gambling, or protection rackets. We are talking about cryptocurrencies, and how the IRS is insisting that any income arising from crypto deals is indeed taxable. And it wants its tax dollars pronto.

The IRS Is Watching You

The IRS is a government agency whose sole task is to ensure that millions of Americans pay their taxes on time and in full. Or else.

Cryptocurrencies have hitherto posed a problem for the IRS, as Bitcoin (and any other cryptocurrency, for that matter) existed in a completely unregulated space that was, for a long time, beyond the reach of the IRS’ claws. The agency did not like the fact that millions of dollars were flowing freely under their hawkish noses, and there was not a single tax dollar that could be taken for Uncle Sam.

Now, to understand the IRS’ predicament, you must first know that the anonymity granted by crypto transactions enabled many to make a hefty profit without exposing any personal details. Ergo, the person or persons behind the gains could not be traced. However, anonymity and decentralization were at the very heart of Bitcoin’s raison d’etre.

So starting back in 2016, the IRS launched a broadside into Bitcoin’s ship and blew a hole wide open in its thus far watertight blockchain compartment. The IRS asked Coinbase, one of the world’s largest crypto exchanges, to hand over transaction-related data for over 14,000 customers who had engaged in crypto activity through the site. Particularly, the IRS was interested in 13,000 customers who had reportedly traded in about $20,000 worth of Bitcoin between 2013 and 2015.

This move signified the first step on the IRS’ part to assert dominance over Bitcoin and begin collecting what the agency believed it was owed.

Fast forward to 2019, when the IRS is flexing its tax-collecting arms hard by sending thousands of warning letters to crypto owners and traders.

The IRS and the Letters of Doom

If you’re an American taxpayer who omitted any income declarations arising from crypto deals on the side in your last few tax filings, you may have reason to worry indeed.

The IRS has dispatched around 10,000 letters to as many taxpayers who are believed to have failed to disclose crypto profits. The IRS says that the names of these people were obtained through ‘compliance efforts’ on the agency’s part.

The letters come in three equally ominous flavors with a big IRS stamp on them: Letter 6173, Letter 6174 or Letter 6174-A. In order of increasing severity, Letter 6173 is the most lenient, and Letter 6174-A demands immediate remedial action. Or else.

Letter 6173 provides some degree of leniency and assumes that the taxpayer may have acted in good faith due to ignorance of the tax implications surrounding cryptocurrencies. In this scenario, the IRS asks you politely that you file your correct tax returns with a good explanation, and the IRS may not pursue further action.

The other two letters bear a certain degree of urgency and will subject the recipient to a tax audit if the situation is not rectified in time. The deadline of August 30th is approaching fast, so any affected taxpayer is due for a few stressful days.

The infamous John Doe Coinbase affair sort of negated the whole concept of decentralization and anonymity that is supposed to be at the core of the cryptocurrency ethos. With one quick smite of its legal sword, the names and addresses of about 10,000 people were disclosed to the prying and hungry eyes behind the IRS visage.

Cryptocurrencies are experiencing a troubled upbringing. Think of them as the problem children of the financial family. Banks and tax agencies are the ‘good’ brothers, cause they live in harmony with each other and collude to inflict treachery on their problematic siblings, who were seemingly born to disrupt the traditional fiat family’s status quo. And the ‘good’ brothers cannot cope with that, as the rebel siblings threaten their very future.