Note: All above timings are track time. 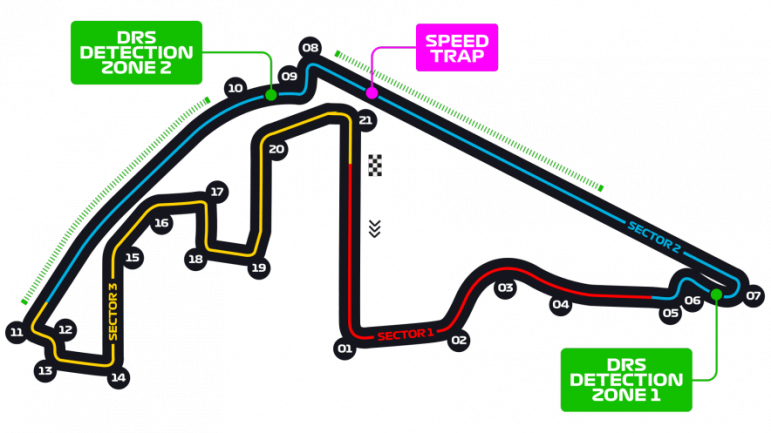 The Abu Dhabi Grand Prix is a Formula One motor race held annually in the United Arab Emirates. It was first announced in the early days of 2007 at the Abu Dhabi F1 Festival. The first race of F1 at Abu Dhabi took place on 1 November 2009 at the Yas Marina Circuit.
The F1 team first came to Abu Dhabi in 2007 in the appearance of the first-ever Formula One Festival. The event took place on 3 February 2007 and was free for all. It was probably the largest gathering of Formula One cars and drivers outside of a Grand Prix.
However, towards the end of the festival, the F1 organizers announced that Abu Dhabi had won the right to host a Grand Prix from 2009 until 2016. This year, the F1 Abu Dhabi Grand Prix was scheduled for 29 November, but the race was postponed to 13 December due to the COVID-19 pandemic.

The Abu Dhabi Grand Prix is scheduled to be held on 13 December 2020. All the fans can now experience the Formula One World Championship’s only twilight race at the stunning Yas Marina Circuit.
The Abu Dhabi Grand Prix will offer a magical atmosphere for the F1 fans as the day will turn to night, and the lights will shine down on some of the greatest names in motorsport. It will be the final race of the Formula 1 season, and people from all over the world can witness the climactic from a choice of covered grandstands.

Abu Dhabi Formula One 2020 Grand Prix is to be held at the Yas Marina Circuit, designed by a German engineer called Hermann Tilke. The race circuit is situated on Yas Island, and it is about 30 minutes away from the UAE’s capital, Abu Dhabi.
As mentioned earlier, the 2009 Abu Dhabi Grand Prix was the first major event on the circuit. The second Formula One track in the Middle East also hosted two opening events for the Australian V8 Supercars series and the Yas V8 400 in February 2010.

The winner of the 2019 Abu Dhabi Grand Prix was the six-time world champion, Lewis Hamilton. He left Max Verstappen in the second position and the Monegasque racing driver Charles Leclerc in third.
Lewis Carl Davidson Hamilton is a British racing car driver, and he is currently competing in the Formula One races for the Mercedes-AMG Petronas Formula One Team. Hamilton is widely regarded as one of the most excellent drivers in the history of the sport. He holds the records for the all-time most career points (3621), the all-time most pole positions (95), the all-time most podium finishes (158), the most grand slams in a season (3), and the most points in a season (413).