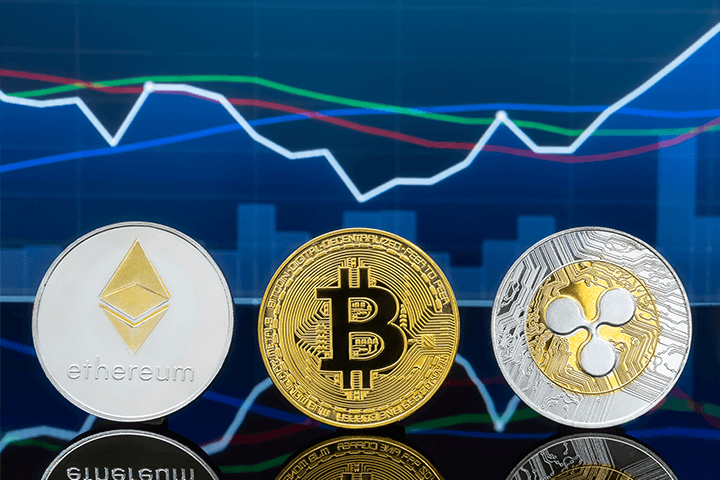 The market currently resembles the ‘calm before the storm’ that we usually see before a huge event. Tomorrow, Bakkt futures finally launch, and everyone is expecting it to create a huge surge in price. I believe it will be the opposite, and not just because the masses are expecting a move up.

A futures platform like Bakkt is targeting institutions, many of whom are not very bullish on the utility proposition and speculative nature of Bitcoin. Moreover, considering this will be the first truly settlement oriented hedging mechanism, as opposed to cash settlement currently prevailing, there will be a lot of investors looking to hedge their long positions in Bitcoin (ones they hold through the spot market).

The obvious result of this would be a huge demand for short contracts, and the market is likely to open in slight backwardation for the near future. This will also bring the current corrective phase to the end as it pushes BTC spot price lower.

While Bakkt is a positive advancement for Bitcoin, the fact that it will be majorly utilized for hedging implies that the main benefit is that it will help create short exposure for institutional investors.

In other news, everybody thinks we have an Alt season coming up. And while it looks like alts may be gaining some strength for the long term, I’m talking in USD terms. In terms of a ‘flippening’ where alt values increase against BTC, I do not believe we are currently priming for a move of this nature.

The Bitcoin bull market is currently nascent, and the only way for alts to do this is to advance in a more parabolic uptrend than Bitcoin does. While this is possible, it is unlikely that alts will gain value at a meaningfully faster rate than BTC. 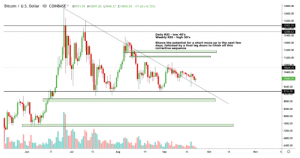 BTC has had one of its least volatile weeks in a very long time. The price action is clustered in a region, and this is an indication of an incoming surge of volatility in the near future.

Now that we know volatility is coming, it is important to establish how likely it is to climb in either direction. Volume continues to slip, bulls nor bears have a lot of control, and the Bakkt narrative has led me to believe that BTC go move downward. In the short term, I expect BTC to move upwards toward $11,000 before bulls run out of pressure.

The volume indications along with a brief Elliot Wave count signal that the correction is its final phases, but we still have at least one more leg down before it can end. A massive increase in buy volume could invalidate this.

With BTC, it is important to keep an eye on two on-chain indicators: coin days destroyed and NVT ratio. Both of these are important signals of on-chain volume i.e actual transactions volume of the Bitcoin network. The scope of this is larger than exchange trading volumes, so it provides a much more precise data point. 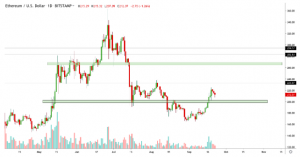 ETH is leading the altcoin pack in search of the much-awaited ‘alt season’. Currently, ETH has stalled around $220, but volume and key levels suggest it can go as high as $230-235 before a mini correction to $195-200 materializes.

This dip would serve as a great region to gain some long exposure to ETH, as this entire run-up from April to July was just the first phase of the bull run.

If ETH manages to smash through the $230 resistance, the next major liquidity zone to act as resistance would be the $250ish region. 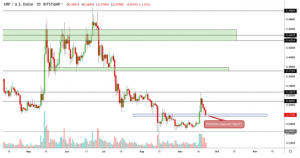 XRP proponents got very excited as the coin finally surged, but this was soon eroded as the market sunk by 14%, wiping out a lion’s share of the gains.

The economics of XRP is baffling, but there is actually real potential here. Demand for XRP remain in the market, as seen by the huge volume backing this move up. But, as RIpple continues to dump tokens in the open market, this demand ends up absorbing this supply and keeping price suppressed.

The good news is that XRP is currently at a nice support zone, and it can be expected that a relief rally will initiate from here if it manages to hold this region.