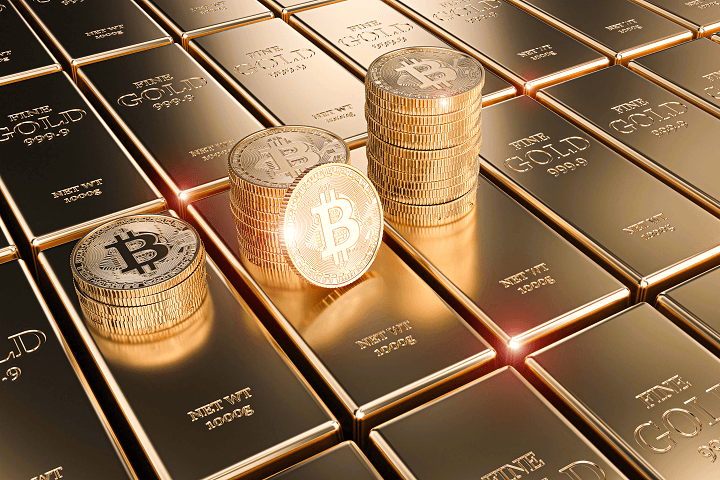 There is a gargantuan difference in appreciation of the ‘safest best’ gold and the largest cryptocurrency Bitcoin. It is very often seen that gold is compared to Bitcoin. But a close look at their actual price differentiation will tell the real story of appreciation during the last eight years since 2011.

According to expert analysis, in today’s prices, 1 oz. (ounce) of gold is worth around 0.15 Bitcoin, in comparison, 1 oz. of the yellow metal was worth 584 Bitcoin in the year 2011. It is a fact that gold is often touted as a hedge against global calamity. Commonly seen as the safest bet by investors, it has proven to be resilient over the years and has even appreciated significantly.

However, gold’s slow uptick pales in comparison to Bitcoin’s meteoric rise. By comparing the price of Bitcoin to an oz. of gold, it becomes clear how much Bitcoin has grown in just a short 8 years relative to the precious metal. Here are the numbers.

Overall, the numbers demonstrate how much Bitcoin has grown relative to gold. It should also be noted that both prices are based on the average for their given year.

However, experts still believe that Bitcoin still has room to grow. Despite this growth relative to oz. of gold, Bitcoin is still a tiny fraction of Bitcoin’s market capitalization. If Bitcoin were to only capture 10% of the metal’s entire market capitalization, the price of each Bitcoin would be around $33,000. So, the leading cryptocurrency still has a long way to grow if it wants to be seen as a proper ‘store of value’ on par with its competitor.