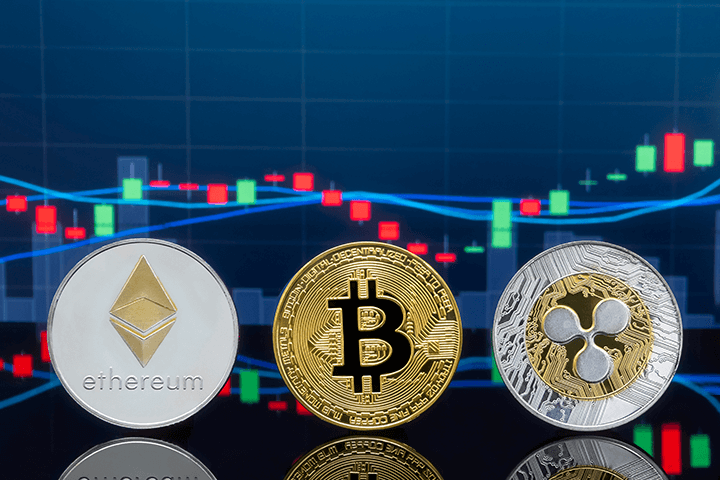 This week, BTC is closing lower than its open, but it has still been a bullish week given that we saw a drop down to the $9800 range. There hasn’t been all that much volatility in the last few days, but many are expecting the next two weeks to be action-packed as Bakkt readies its futures contracts.

The entire Bakkt narrative seems like it’s fueled by hopium rather than logic. Of course, it leads to more efficient price discovery, so while this is bullish for Bitcoin (the network), it may not prove to be bullish for bitcoin (the asset). Bakkt will be dominated by institutions and there’s no concrete way of figuring out how a majority of these investors perceive and value bitcoin.

So before you jump on the Bakkt ship, take a cold, hard look at the basic inferences from this entire event.

Just to prove that exuberancy doesn’t always play out, look at the new VanEck SolidX Bitcoin trust for institutional investors. It hardly managed to get $40,000 in its first operational week. Yes, the ETF hype can from retailers and it doesn’t make much sense for an institution to invest in a bitcoin trust, but the fact of the matter is that this was viewed with far too much optimism when the product was announced. 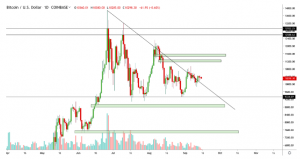 For the first time in long, I’m expecting a healthy bullish week on bitcoin as it makes a retracement toward the $11200-11500 range.

Very simply put, I see BTC gaining ground in the short term, but don’t believe that this range bottom is yet. Still very much expecting to see BTC around $8200-8500, but quite confident it isn’t going to happen just yet.

Unlike before, BTC has broken out of its trendline AND retested it, confirming, at the very least, some bullish price action for the short term.

In a market with declining volume, there is always a possibility that BTC suddenly falls due to a burst in sales volume. However, as volume has been declining since the beginning of the correction, we can safely assume sellers are running out of liquidity. This is why my outlook involves only one more leg down to the $8000’s rather than $6000-7000 like most people are calling for. 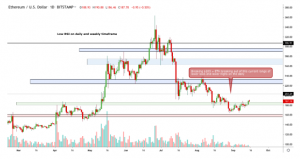 I don’t want to jinx it, but ETH looks like it can lead a surge up in strong altcoins with sound fundamentals. The weekly rejection of the bottom trendline was followed by a succinct retest on the daily timeframe.

Looking to see ETH break $203 to break above its most recent lower high. Anything above $230 for me is a no brainer for spot buys as it indicates the verification of the bull case for ETH.

This week, traders should keep a close eye on ETH. Maybe a closer eye than BTC. 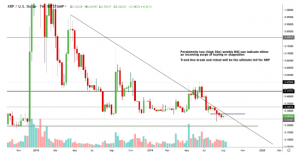 It has become a recurring trend to rely on XRP to be the least bullish top 20 crypto of the week, and this has once again played out as it is the only major altcoin still below its long term trendline.

No expectation on XRP or price target. This week is about allowing it to just do its thing and analyze it with in-depth scrutiny next week. Expecting this week to give us some major clarity.