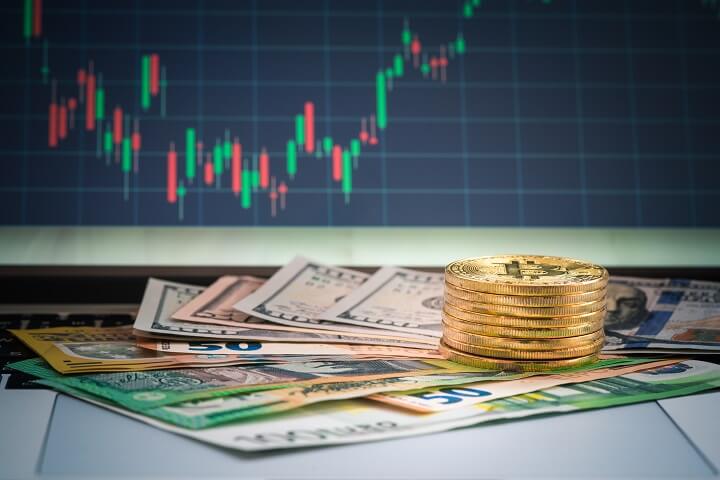 Block.one, which is the company behind the EOS Token, has been slapped with a $24 million penalty for conducting an unregistered ICO (Initial Coin Offering). According to reports, Block.one had initiated the ICO before the U.S. Securities and Exchange Commission (SEC) released its DAO Report of Investigation, and it further continued the sale of coins for a year.

The ICO industry was particularly nascent in 2017, and authorities in the US imposed strict regulations on the sale of securities. Conducting an ICO would require the filing of a detailed registration statement or limiting the offering to so-called accredited investors. A detailed report is available here. This report sheds light on ICO conduct.

Block.one’s ICO sold about 900 million tokens and bagged over $4 billion, making it one of the most successful coin offerings ever. The timing, however, was less fortunate as the DAO report soon came out and the SEC started flexing its muscles over ICO conduct. Meanwhile, Block.one continued its business in the same manner through 2018 as well. Issues surfaced as the sale of their tokens wasn’t in alignment with the new rules and regulations.

The co-director of SEC’s Division of Enforcement, Stephanie Avakian, said, “A number of US investors participated in Block.one’s ICO. Companies that offer or sell securities to US investors must comply with the securities laws, irrespective of the industry they operate in or the labels they place on the investment products they offer.”

On the Block.one issue, she further commented that their ICO did not provide investors with the necessary information. “The SEC remains committed to bringing enforcement cases when investors are deprived of material information they need to make informed investment decisions.”

The settlement of $24 million seems like a massive figure, but given the amount of money raised via the sale of EOS tokens, the overall percentage is pretty marginal. This attracts attention towards SEC norms and whether it should consider tightening security regulations even further. The token was charged in the form of a civil monetary penalty. Block.one has neither accepted nor denied any of the SEC’s findings.

The fine has sparked discussions in the blockchain industry, with questions being raised as to whether the SEC isn’t as sharp-jawed as expected.

The news did not seem to have much of an impact on the price direction of the EOS Token. The slump in overall crypto markets had taken it down almost 30%, but a quick rebound was seen as the market gained some strength. At the time of writing, the EOS token was trading at the $3.1 mark, and market capitalization stood at $2.9 billion. EOS token continues to hold the number 7 position among all cryptocurrencies. 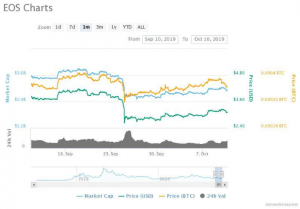