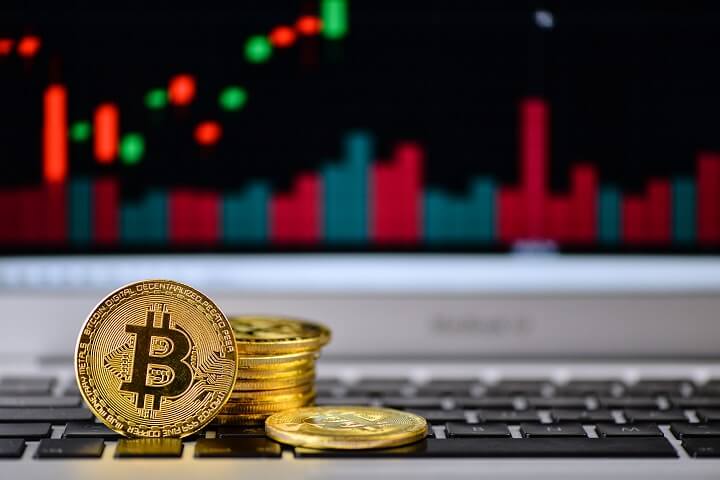 By now you probably know that the market just tanked below $7,000 for the first time since May 2019. This drop confirms the fact that the consolidation is not over and more fresh lows are in the pipeline. The Bitcoin market led the broader ecosystem in a complete pile down, but this was likely orchestrated by a few large players given the relatively lower chunks of volume.

It’s easy to look at the chart in hindsight and see what went wrong, so instead of wasting time and energy doing that; let’s take a look at how everything seems to be shaping up now. According to GlassNode data, only about 21 percent of BTC is in profit given the price that particular BTC was last exchanged at. This suggests a lot of weak hands exiting the market as coin dormancy falls and many HODL-ers get unnerved.

To be quite frank, the pace at which it occurred this time is concerning for a mere correction, but the sooner these “shake-outs” happen, the better it is for overall market growth. There are a few simple reasons for this: a better entry price for new HODL-ers indicates the ability to absorb more unrealized loss from here and mass retail purge usually means whales are getting ready to load up their bags for a move up.

But what’s really interesting is the intricacies of market structure here. If you look at the broader picture, the Bitcoin price has never corrected this heavily before the halving. But it has also not bottomed out and resurged the way we have seen (from $3,200 to $13,900). I think it’s incredibly vital for anyone trading in these markets to understand that the market is infinitely more dynamic than it was just two years ago. Microstructures, wave patterns, and volume profile dynamics are rapidly changing and these markets are truly maturing in terms of liquidity profile. If you don’t stay on your feet and digest the insights from these moves, it will become difficult for you to maneuver in this coming cycle. 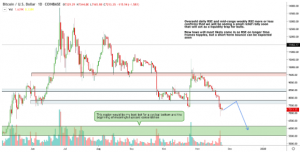 So we have obviously flipped our bullish bias based on what is happening in the market, and we don’t think that we have seen the bottom just yet. However, a relief rally is definitely due following the massive FOMO dump we just witnessed. Our estimate is that the bulls would be able to recover until about $7,840 (around that region) before more shorts come in flying in to fling us below the $6,800 support that is holding up.

In terms of trying to find the bottom, it is very evidently difficult, especially in crypto, given the heavy emotional biases and volatile swings to and fro. Our best estimate is a bottom in the range of $5,400 – 6,100. Yes, it’s a very broad zone, but we want to ensure we are able to capture the extent of the wick with spot limit order laddered down from the top to the bottom of that region. Given the strength even at $5,400, we may be able to see a wick to the low $5,000s now. Keep an eye on the RSI, it has been accurate thus far if read correctly.

Trading in Bitcoin right now is not a smart decision. Staying on the sidelines and allowing price action and sentiment to play out and reveal itself is just as important as taking positions. In this kind of environment, you have to play with wide stops, and it just isn’t worth it given the magnitude of these swings. 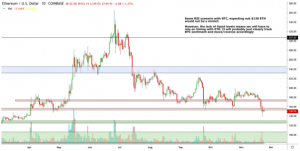 Once again, ETH is looking bearish as it closes out below a very important region we have previously highlighted. The RSI is tracking BTC, as is the price. We don’t think tracking alts – including ETH – makes much sense at this point in the cycle. Given the ability BTC has had to swing the entire market, and the reliance that still exists on top of it, it seems unnecessary to look beyond BTC for signs of life in the market.

That being said, I expect ETH to go sub $130 in search of a bottom. There’s a distinct lack of strong, liquid key zones below the current price, so I believe a bottom and reversal will totally hinge on Bitcoin. It will come down to a factor of timing and the ability to spot liquid levels on a lower timeframe where bulls historically step in to reverse price action. 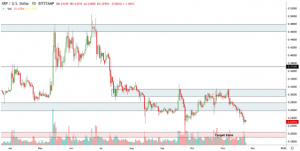 XRP targets still in play as the previous few outlooks were bearish as well. Might be in for a relief rally as well, but the historically low correlation to BTC suggests otherwise. Looking at XRP, it seems as though I should’ve been equally bearish on the rest of the market as well. A new yearly low on XRP near the $.19 region has always been the plan, and we do plan on buying spots around this region for the mid-to-long term.

One succinct advantage XRP has at this point is the ability for GSR (Ripple’s main market maker) and Ripple Inc. to really influence price in these bearish times. GSR will be able to directly induce trading activity by making XRP look a little greener than it organically would, and this would only be possible if Ripple Inc. was to reduce the open market escrow dump for November/December.

Such a scenario might play out around the $.19-.20 mark, but one should keep a close eye on XRP in these times.