Why Is the Bitcoin Price Trending Downwards? 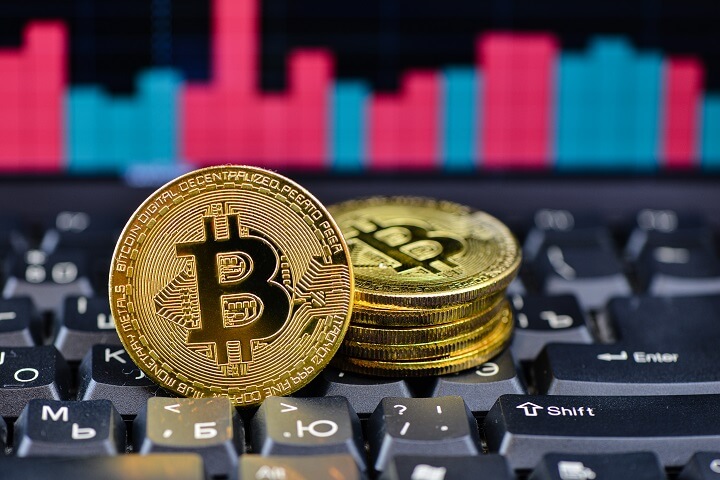 Currently, the Bitcoin price is trading around the $8,000 mark. This is a little on the low side for people bullish on Bitcoin. It has spent a large part of the past 4 months trading around the $9,500 mark and above, with brief periods where it has dipped below this. It hasn’t spent much time below this, apart from brief dips to $7,900.

The main factor that affects the Bitcoin price is active price suppression. Bitcoin futures are a product designed specifically to reduce the Bitcoin price. This has been speculated for a long time, but was openly admitted by former CFTC chair Christopher Giancarlo who stated that:

“One of the untold stories of the past few years is that the CFTC, the Treasury, the SEC and the National Economic Council director at the time, Gary Cohn, believed that the launch of bitcoin futures would have the impact of popping the bitcoin bubble. And it worked.”

Following the introduction of Bitcoin futures on the CME on December 2017, the price of Bitcoin tanked from the all-time high of $19,800 and never recovered. A similar event happened recently with Bakkt opening on September 23rd, though the effects were less drastic. From September 23rd to September 27th, the Bitcoin price dropped from $10,100 to $8,100, a 20% drop following a period of strong consolidation and growth for the crypto asset.

There aren’t many other factors that affect the price of Bitcoin. With futures contracts, large whales can place multi-million dollar orders using fiat money. Bitcoin was designed to be completely separate from this system, and its true value has been obfuscated with such products. The underlying Bitcoin network is still strong, especially with the ongoing implementation of the Lightning Network.

However, this is essentially irrelevant in a manipulated market. The number of nodes or users do not matter in comparison to banks and institutions who possess billions in fiat currency.

It needs to be asserted that US regulators are not pro-Bitcoin. Bitcoin is an existential threat to the central banking system that underpins modern society. Regulators need to slow it down as much as possible so they can tie it in with fiat products so that it can be managed, maintained, regulated, and in essence, be controlled.

Bitcoin, however, is an anti-fragile and hard-to-control technology. It will prove next to impossible to regulate – there are already a host of second layer solutions available that can prevent tracking and monitoring of transactions. An example of this is by ‘laundering’ Bitcoin so it goes to a number of false addresses first before arriving at its true destination.

It is hard to say what the Bitcoin price will be in the long-term and whether or not it will continue to trend downwards. But the market manipulators cannot control Bitcoin and all other currencies. The most they can achieve, right now, is to keep a lid on it.