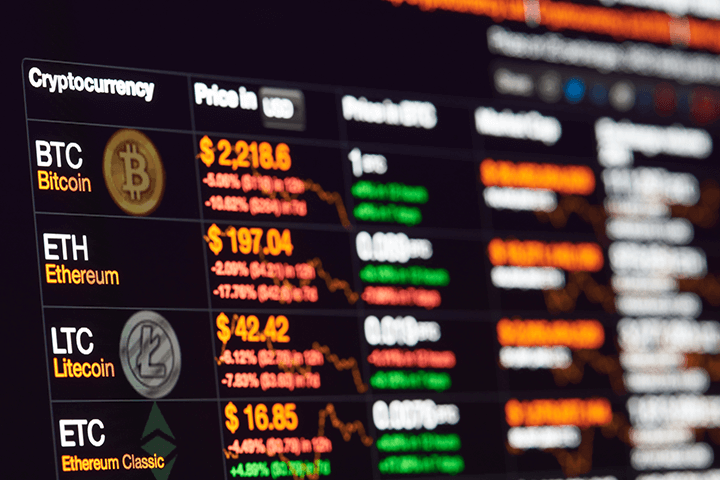 Bitcoin has long been known as the king of cryptocurrencies and has always had the largest market capitalization. As a result of its early and continued dominance, practically all coins have been positively correlated to the Bitcoin price.

What is Market Capitalization?

Market share is easy to calculate, at least in theory. The total amount of cryptocurrencies traded (i.e. bought or sold) is the total cryptocurrency market capitalization. The percentage a certain cryptocurrency has of this ’pie’ can be called its market share.

Bitcoin has always had 50% and more of this market share due to the network effect. At one point, there was speculation that Ethereum and Ripple could take over a large portion of bitcoin’s market share, but this has not materialized.

What Would Happen if Bitcoin Lost its Dominance?

There is no real fear right now of Bitcoin losing its dominant market share. This is because the market is mainly driven by speculation as opposed to real-world use. Bitcoin has the most integration with trading exchanges and the highest trade volume. It also has, by far, the biggest ‘brand’ recognition with the public.

If Bitcoin was to lose its dominance, it would most likely be due to the adoption of cryptocurrency for real-world uses. If people start to use cryptocurrencies en masse and for certain projects, then Bitcoin could lose some of its market share.

Should Bitcoin lose 50% of its market share, it could actually lead to an era of new growth in the cryptocurrency industry. It would still retain its position as a store of value and a solid cryptocurrency, with huge support. But for the industry to really thrive, it might be best for Bitcoin to take a back seat at last, and for other cryptos to shine.