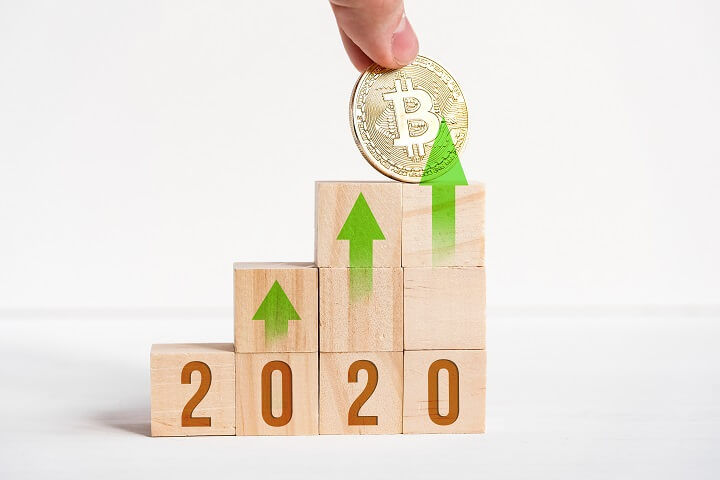 The Bitcoin price is currently hovering around the $7,100 mark. This is more than 50% below the all-time high of $20,000, leading many to speculate that the price of Bitcoin is poised for a move upwards. There has been a lot of speculation, but what can we expect from the Bitcoin price in 2020?

One of the points that must be continually reiterated is that 2020 is going to be a volatile year, with a variety of factors all converging. The most important of these is the expansion of China and the potential disruption of the existing financial infrastructure, with the imminent release of the Chinese state cryptocurrency. There is an ongoing Chinese trade war as well as a financial technology war that is about to take place. Facebook’s Libra is also set to be released, pending approval from US regulators.

All of this is certainly going to have an effect on the Bitcoin price, but to what degree is anybody’s guess. There have been claims of Bitcoin touching anywhere from $1 million by 2023 to a more conservative $100,000 by the end of 2020.

Realistically, it is easily plausible for us to see the Bitcoin price at around $50,000 by May 2020, when the halving takes place. This is an increase in value of more than 600%. So Bitcoin is certainly a good investment right now. In fact, there has probably never been a better time to invest, for those who do have some savings. Bitcoin can additionally serve as a hedge against collapse if things get sticky, though this is something of a doomsday scenario.

The truth is that nobody really knows what affects the price of Bitcoin, though everybody speculates. It is a new asset with no established price patterns, and there is significant evidence of price manipulation – on the same day that the Chicago Board of Exchange issued Bitcoin futures, the Bitcoin price plummeted from the all-time high of $19,800 and never recovered again. These futures products allow certain actors to buy and sell large amounts of cryptocurrency at a margin.

One thing that can be said to influence the Bitcoin price is volatility in general. Bitcoin is a disruptive technology that increases in value the rockier things get. In both Venezuela and Turkey, Bitcoin usage took off following respective collapses. The Bitcoin price tends to spike after political statements and disruptive news events in the USA, though these effects are usually small and temporary, executed by speculative traders hoping to make a profit.

In order for Bitcoin to truly become ubiquitous, retailers need to start adopting the technology and people need to use it to purchase goods and services. But what will really increase both price and usage is a shock to the US financial system and a collapse of the USD. When this happens, we will see price movements up to $1 million and beyond, but there will be global issues to take care of at this time and many disturbances.