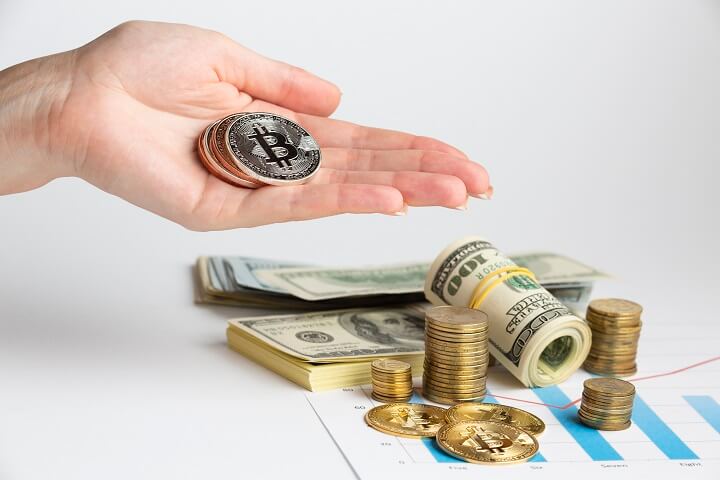 It’s almost 2 years since Bitcoin’s meteoric rise to $20,000 in December 2017. The historic rally grabbed eyeballs all around the world as Bitcoin announced itself in the most phenomenal way possible.

However, the excitement was shortlived, to say the least. As early as December 22, the Bitcoin bubble was burst and the price tumbled down to $13,800 in just 24 hours, signaling the end of Bitcoin’s unprecedented rise.

While the rally did capture the world’s attention and imagination, it also prompted several to buy into the hype and start pumping money into the market with a view to making a quick buck. That didn’t bode well for many.

Even though market volatility is still a major part of Bitcoin’s ups and downs, it is a great investment. And not just Bitcoin; several other cryptocurrencies are bringing new innovations to the table, and they can be great investments too if you play your cards right. Here are 4 strategies to maximize your profits investing in crypto:

This remains true whether you’re getting into traditional investments or crypto. It’s important to do your own research and educate yourself, especially when dealing with hyper-volatile crypto markets.

If you’d like to avoid being like the thousands of novices that jumped into the market back in 2017 only to lose money later, learn what crypto is all about. Read the whitepapers and get acquainted with the fundamentals of the cryptocurrencies you’re interested in, keep track of all the latest news in the industry, and familiarize yourself with technical analysis.

This way, you’d be able to predict price movements up to a certain degree and make wiser investment decisions.

How Much Can You Afford to Lose?

It goes without saying that before you invest, you should have the money to do so. However, it’s not just about having money; it’s about having enough to be able to afford to lose a specific part of it.

This is a golden rule when it comes to investing in general. Instead of investing all your money, budget a certain amount every month that you’re fine with losing and invest that amount in cryptocurrency.

Crypto markets are incredibly volatile and they are open 24 hours, all 365 days of the year. Even experts can’t accurately predict price movements, because honestly, they’re quite unpredictable. So, it’s better to be safe than sorry.

Diversify With Bitcoin at the Forefront

Bitcoin has a market dominance of 65%. As much as altcoins may try to downplay it, Bitcoin price movements take the market along with them for the ride. Make Bitcoin your priority. Invest a majority of your budget in Bitcoin because it is still, and will remain, the king.

However, don’t put all your eggs in one basket. Diversify by investing in other top altcoins like Ether (ETH), Bitcoin Cash (BCH), Litecoin (LTC), etc. Again, do your own research and choose the cryptocurrencies you believe to have the potential to appreciate greatly in price going forward.

For example, since Bitcoin has a dominance of 65%, maybe invest 65% of your budget in BTC. Keep the rest for altcoins. You can go as high or as low as you’re comfortable going.

Keep balancing these percentages according to the trends and news. This way, you have the best chance of earning a profit out of any and all investments you have.

Back in 2017, seeing Bitcoin rise to astronomical heights, several people let greed take over and started buying, even at prices like $17,000! That was clearly a huge mistake, as the Bitcoin price kept dropping all through 2018, leaving a massive number of people ruing their luck.

Conversely, when the price started dropping, people feared the worst and started selling, further affecting the price negatively. But when it’s at its lowest point, that’s when you buy because there’s no way to go but up.

Investing in crypto isn’t just a way to make quick cash. It requires more discipline and temperament than traditional markets simply because you can never tell where the market will go.

Follow these strategies to build a foundation that you can rely on to generate the highest profits and the lowest losses when investing in crypto. Always stay on top of new developments while having a diverse enough portfolio to avoid relying on one coin. Only invest as much as you can afford to lose, and balance your greed and fear with the overall market sentiment.